A true traveler is a person who is able to go in large and small cities, sincerely keen on knowledge of the new. Especially for those who are tired of  guidebooks with their bored list’s of sights, we have compiled our top 10 unknown places in Belarus, which are guaranteed to surprise you and be remembered for a long time. Go!

The Ozeshko Shrine in the village of Zakozel is one of the most interesting architectural monuments in Belarus. It was built relatively recently (in comparison with other buildings) – in the 19th century, so it was perfectly preserved. This is not the most popular place for tourists, so this Ozheshko Shrine can get into your list of unexplored places. A similar tomb is also in the village of Grushevka near Baranovichi.

House-Fortress of the Beginning of the 17th Century 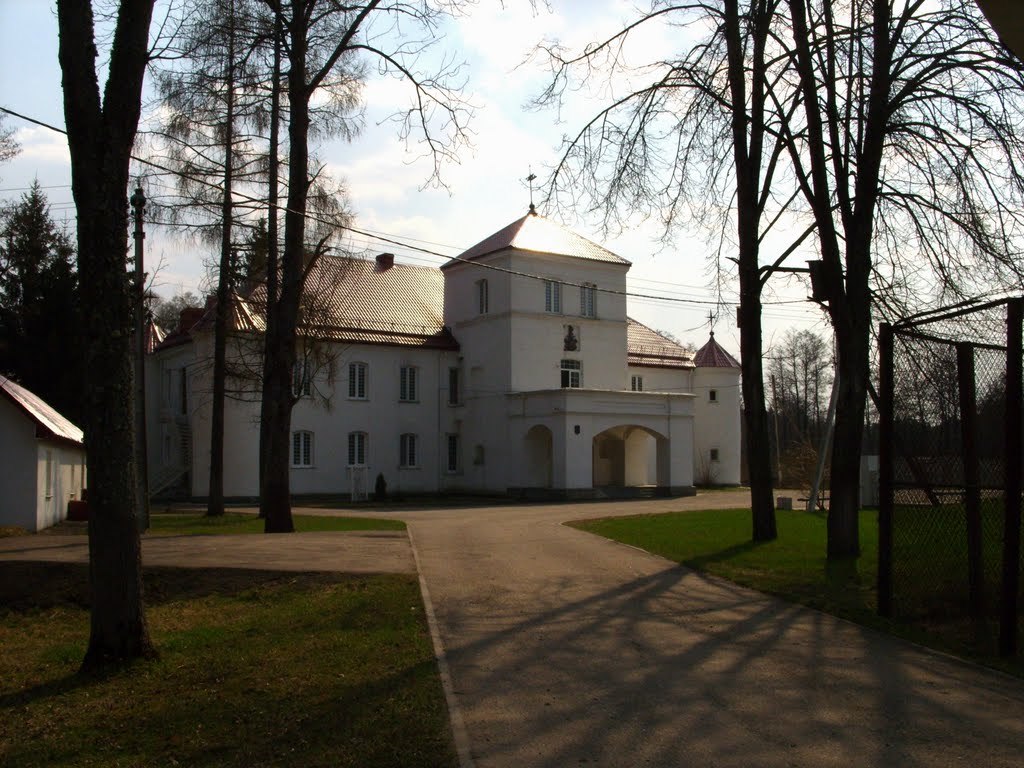 Previously, the building was fortified feudal ownership, but a few decades ago, it was transformed into a psychiatric hospital for offenders. Knowing this, many travelers are even more eager to visit this unique fortress.

The entrance for strangers was closed, and the fortress was guarded by armed soldiers. But now the hospital is open to tourists, you just need to leave your personal information in a special magazine.

Hospital staff do not like when tourists take pictures, but you can take some pictures. But try not to photograph the staff, observe the rules of decency ?

Such monuments are a rarity for our country, there is only one such in Belarus. This hospital located in the village of Gaytunishki, Grodno region. Do not forget to bring your passport, because the village is in the border zone. 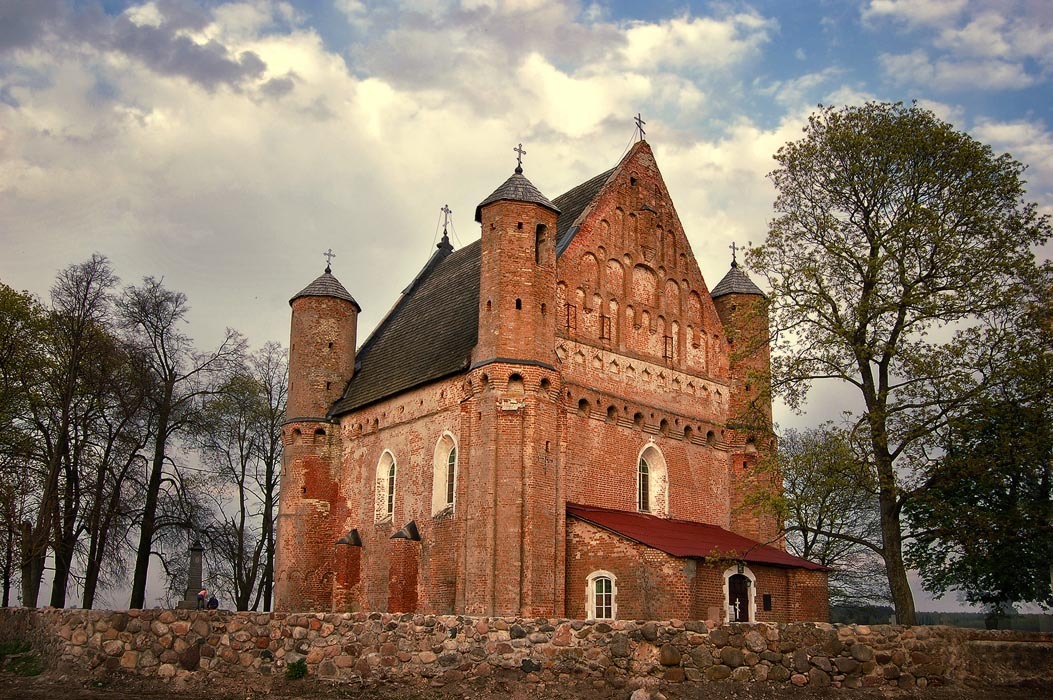 Among travelers this place is very popular, but ordinary people rarely goes here. It is an acting Orthodox church, which was built in the early 16th century.

It is one of the oldest temples in Belarus. In the afternoon it is most often open, and if there is no one there, then you can call the priest and ask to let you in. The priest’s number was carefully left on the wall of the church ? 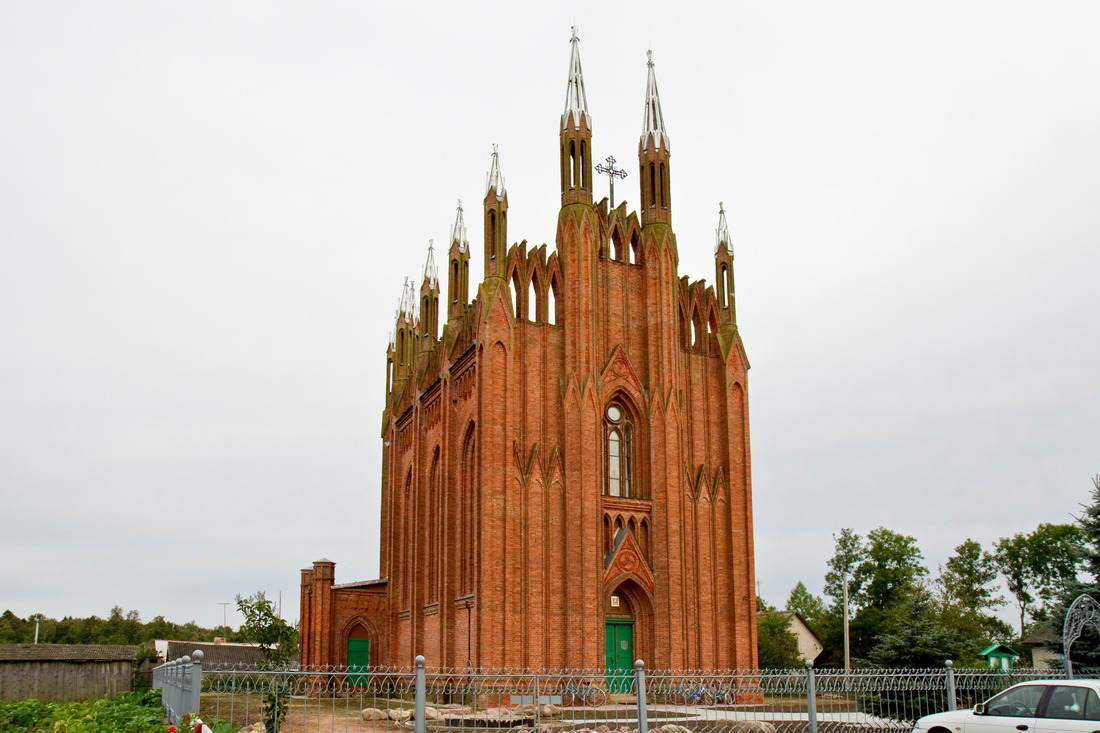 The Church of the Assumption of the Blessed Virgin Mary is a magnificent church in the Neo-Gothic style, located in the village of Sarya, Verhnedvinsk district, Vitebsk region. The church is an architectural monument of the middle of the 19th century and is considered one of the most beautiful neo-Gothic churches in Belarus.

Initially, the church was built as a Catholic church, but at the moment belongs to the Orthodox Church and is an acting church. This unique building is included in the State List of Historical and Cultural Values of the Republic of Belarus as a monument of sacral architecture of the republican significance. Be sure to visit this place! 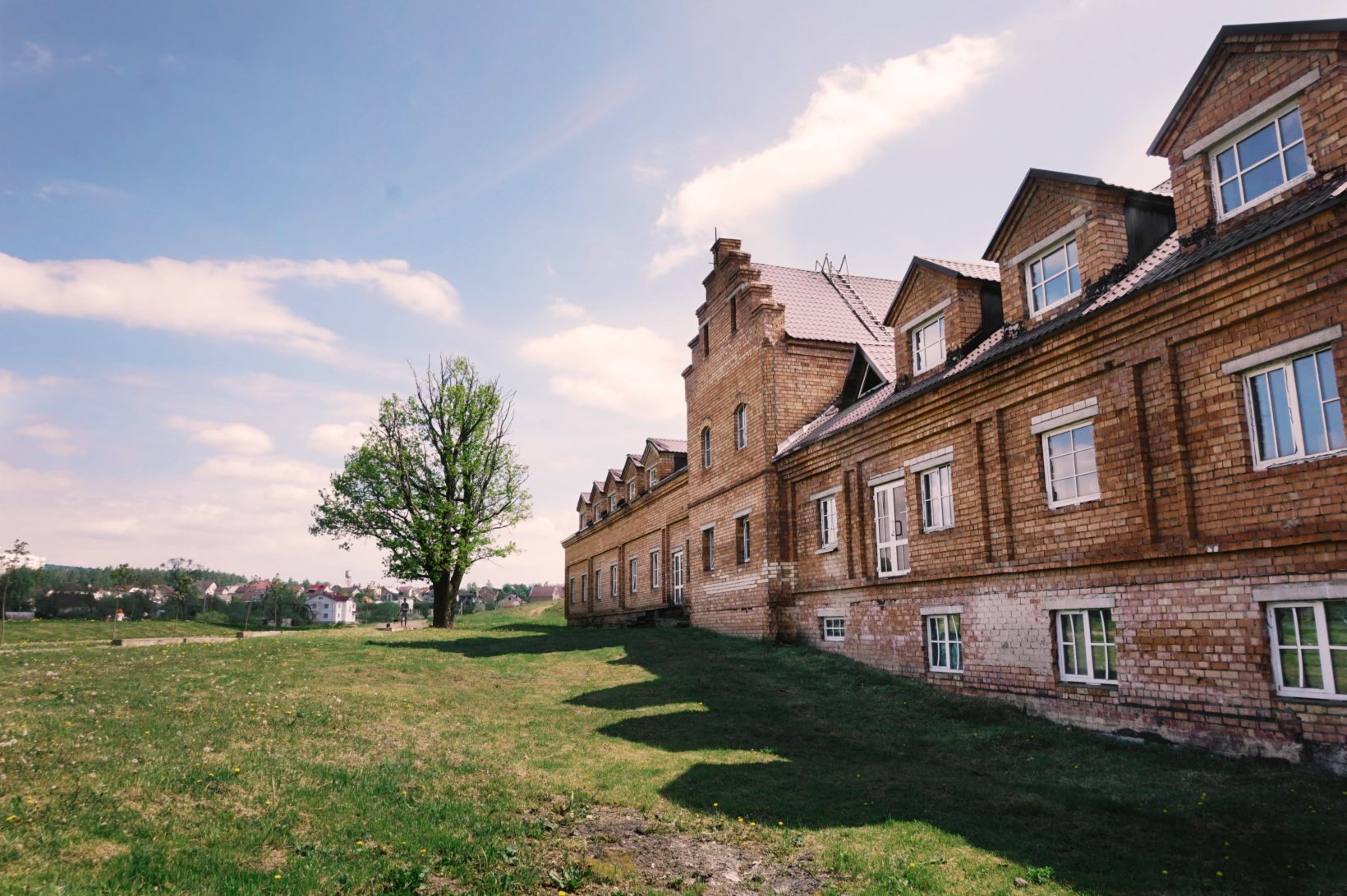 In the vicinity of Minsk, it is best to travel to places known for watercolors and engravings by Józef Pesca and Napoleon Orda. One of them is the Gutten-Chapskih manor of the 19th century in Pryluky. About one of the owners, Tomasz Wisniewski, tell stories no worse than about the Capuchin monks: they say that Pan was fond of embalming the corpses of his enemies.

The farmstead and the complex of buildings around are quite large. All this beauty is in the agro-town of Priluki, which you can reach by bus directly from Minsk, or you can go straight on a bike ?

Waterfall on the river Vyata 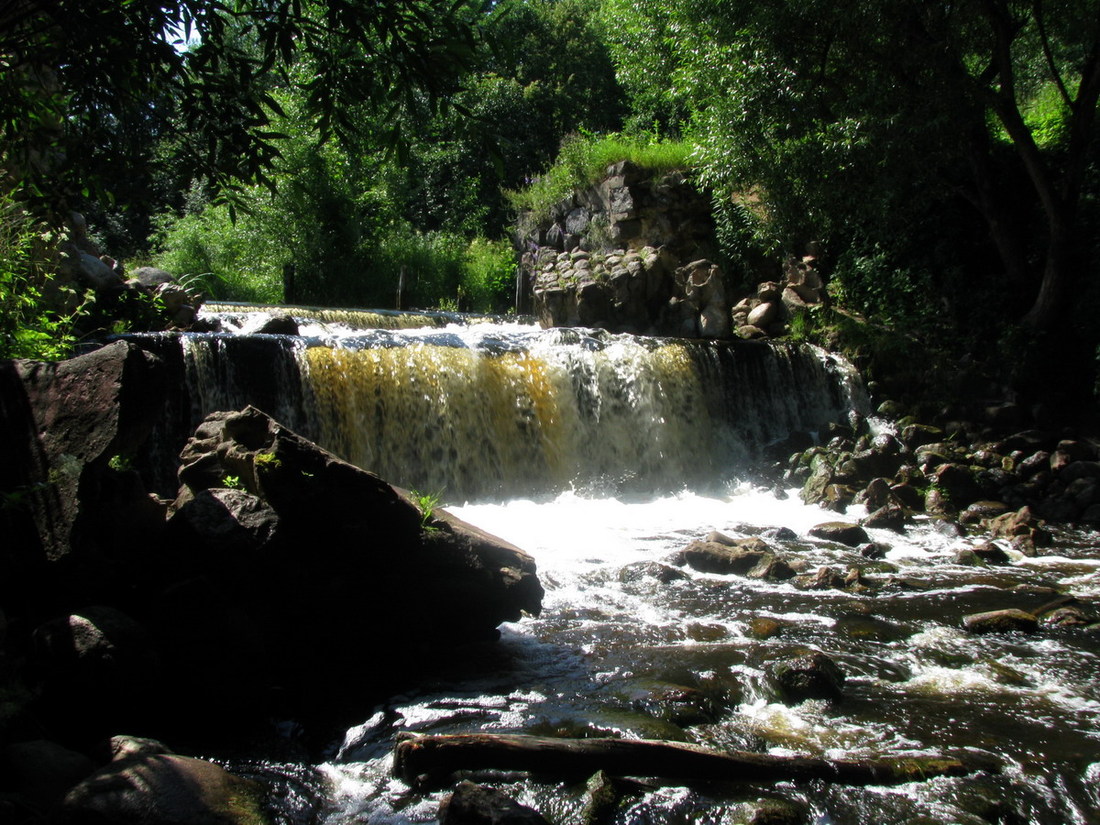 It’s amazing, but there is everything in Belarus, even your own waterfall ? The waterfall on the Vyata River can be found in the village of Prudniki, near the city of Braslav. The waterfall, unfortunately, is not natural, but made by local craftsmen at the beginning of the 20th, but this does not deprive it of its beauty.

This man-made waterfall was built for a reason: at the beginning of the 20th century, a power station was built on the bank of the river, which supplied the local paper mill with energy. For effective work, it was decided to build a two-meter stone wall, which later turned the riverbed into a real waterfall. 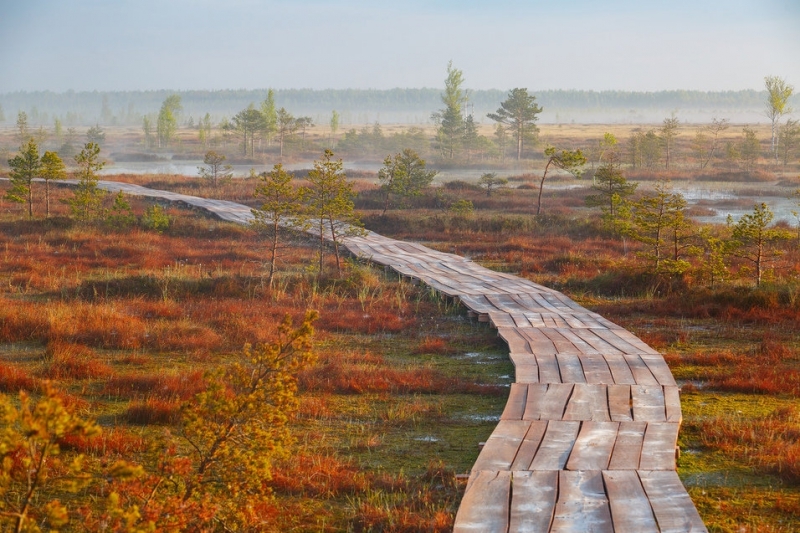 Probably, Yelnya bog is one of the most atmospheric natural phenomena in Belarus. It is best to go there in the autumn, when the cranes birds get into flocks and fly to the south. In the evenings, they fly to the swamp, and it looks truly amazing.

You lift your head, and above you dozens of cranes with large beautiful wings flying to warm countries against the backdrop of sunset. Beauty!

The place itself is wild, overgrown with moss, with small birches. Not so long ago, they equipped an ecological lanes, set benches. However, there is nowhere to stay for the night, except to go to Miory. But you can just go for a day and wander with the camera. Believe me, after this trip you will bring with you a lot of impressions!

One of the most beautiful palaces in Belarus – Umestvoskih Palace 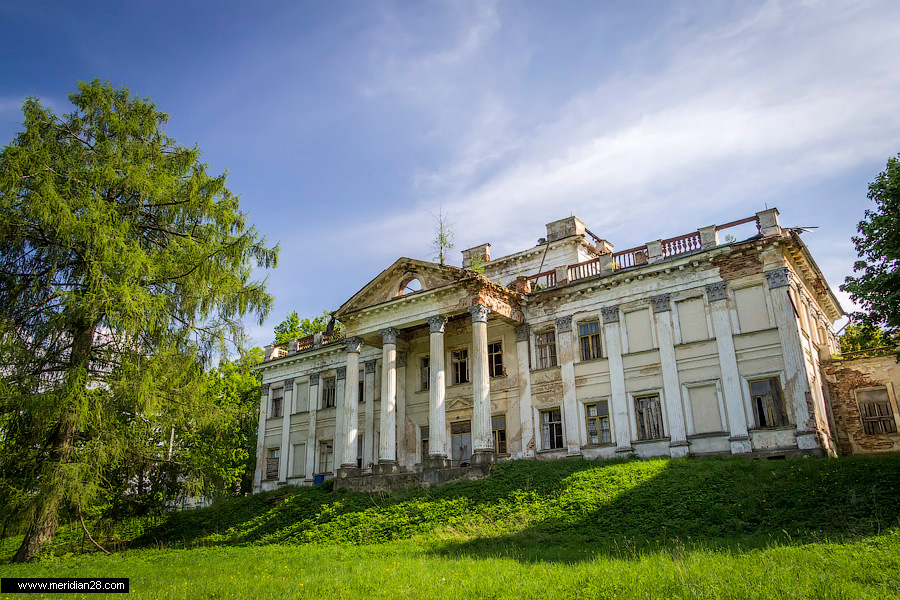 The palace of Umestovskih in the village of Zhemyslavl is an old abandoned farmstead, with an interesting history and unique architecture. Officially the place is protected, but in practice all the passes are open, and it’s quite easy to get to the Umestovskys palace.

However, you do not need to study the interior of the palace, just admire its architecture from the outside. The palace was to become a copy of the Polish royal residence of Stanislaus Augustus “Lazenki”, built in 1784-1795.

Unfortunately, the palace has not been restored, so keep this in mind if you decide to examine it from the inside. A few years ago there was a fire, and some of the floors can not be returned, but still you can find many well-preserved decor elements. The place, no doubt, is very beautiful, and worthy of your attention.

The deepest bunker in Belarus 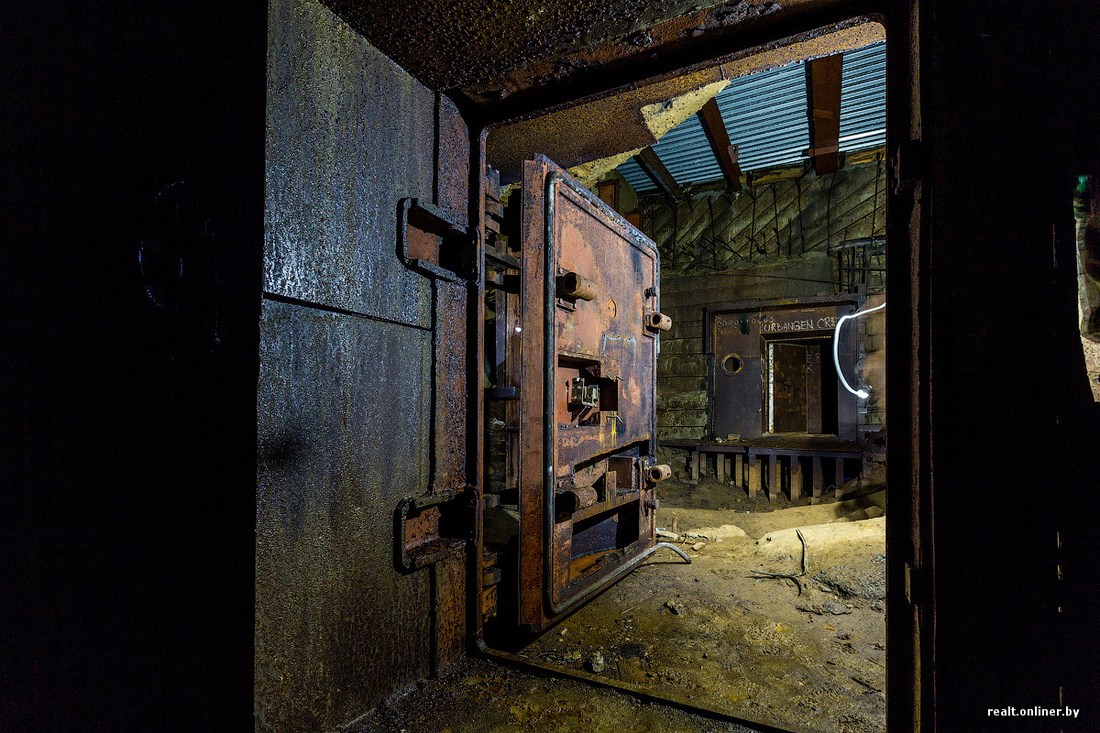 The command post of the United Forces of the Warsaw Pact or “Object 1161” is one of the most grandiose objects of the Cold War erected for the tops of the USSR. In times of exploitation, it was one of the most secret places in the entire Soviet Union.

The bunker was built from 1985 until the collapse of the USSR. Over the years, the bunker has repeatedly wanted to restore, but never found an investor. Therefore, in the course of time this place may disappear completely from the face of the earth, so if you are a professional stalker – go to the “Object 1161”, he certainly will not leave you indifferent.

ATTENTION: we do not recommend visiting a bunker without special training or a professional accompanist. 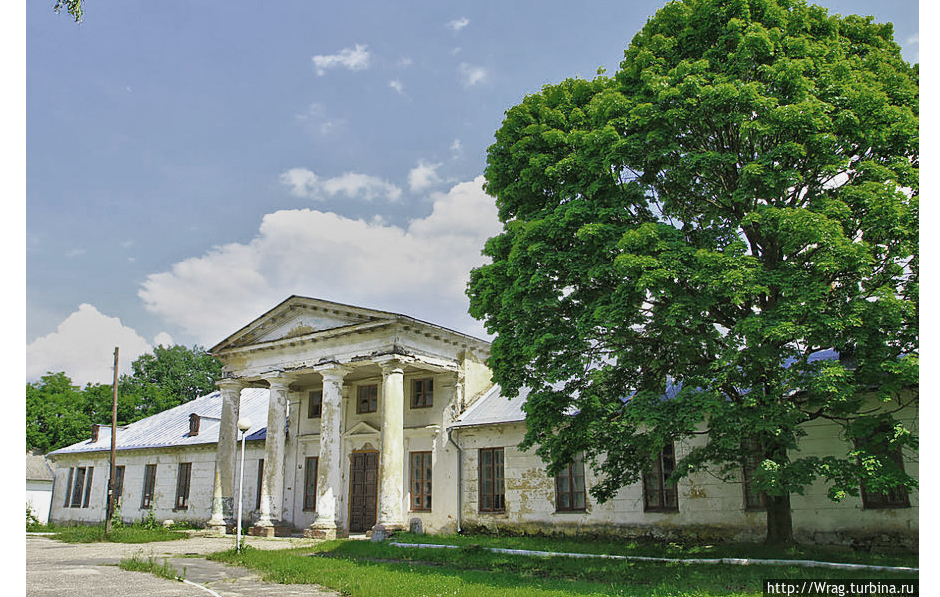 Palace of Pototskih is located in the city of Vysokoe, in the Brest region (Kamenets district). It’s very easy to get to the palace. If you get from Minsk, then you need to take the Minsk-Brest train, and then change to a bus going straight to Vysokoye. There is a bus every hour, so you can easily form your route without a tight binding on time. Even if you miss the bus, you can arrange a short walk around the city, and then go to the palace.

This small town will not leave anyone indifferent. There are only 5,000 people living here, so you can enjoy the silence and cosiness that are inherent in small Belarusian cities. Despite its modest size and the number of residents, the story of Vysokoe is interesting. For example, it was in this city that Prince Gedimin, who was on his way to Rus, stopped. He was fascinated by the beauty of the local nature.

The city is full of remains of former churches and castles, that was builded the time of the Grand Duchy of Lithuania. Unfortunately, most of them have lost their historical value and are more like ruins than monuments of architecture. But, in spite of this, the unique Sapeg-Pototskih Palace has been preserved in Vysoky. The palace and park ensemble consists of a manor house, a lake and an outbuilding with columns.

The Pototskih Palace needs restoration, but nevertheless, there is something to see. In addition to interesting architecture in the palace and park ensemble, you can find rare trees: gledicia and pyramidal oak, which you can not find anywhere else in Belarus. These unique trees appeared in the manor with the light hand of the Countess Maria Potocka, a botanist. She was a villager and agronomist, for which she even received an award at an international exhibition in France.

That’s all we wanted to tell you about the little-known places of our small, but multifaceted country! Be sure to read our articles about the Belarusian national cuisine and the Belarusian mentality. We wish you a pleasant stay!