It happened that we occasionally went by a road we hadn’t known before and saw a road sign saying“Sula Manor House”. Having free time and insatiable curiosity, we turned in the direction that the sign has shown.

And we discovered the gorgeous Sula, unique educational park of history, and traditions. It is an extremely nice place to getaway from the city bustle and relax on nature. 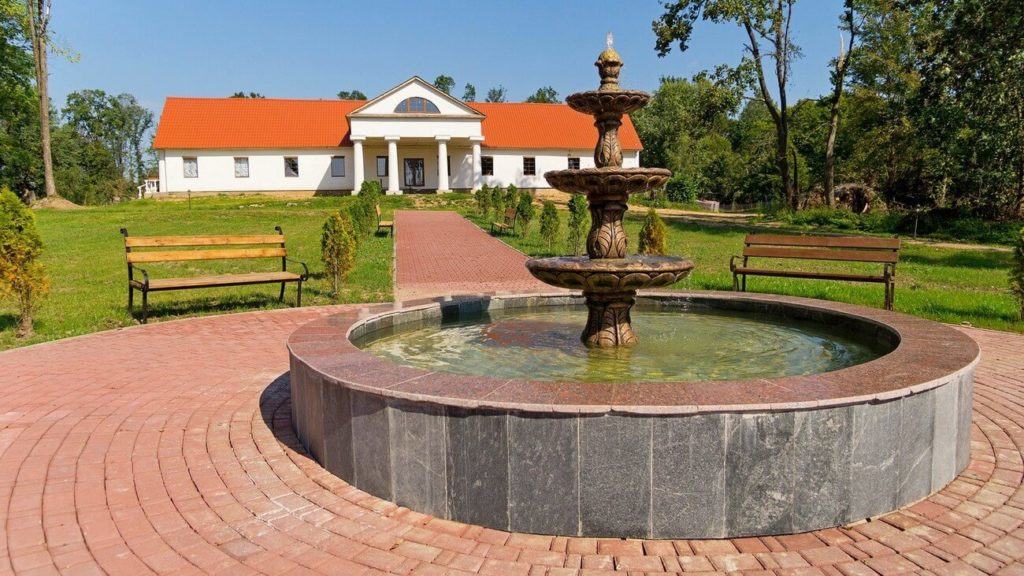 What is Sula? A Bit of History

Land of Sula for centuries was inextricably linked with the famous names of her owners. They were Stefan Batory, Vishnevetskis, Radziwills.

The last owners of the Manor were the Lenskys that is still remembered by the inhabitants of the Sula village. Paul Lensky started to build the homestead  in 19th century. He built the Manor House in the classical style, a chapel-tomb, landscape park with a large artificial lake, mill, orangerie, brewery, smokehouse. In front of the House he made a fountain, in addition to living quarters, there were two salons, large and small ones. Great-grandson of Paul Lensky, Zenon Lensky, was the most talented portraitist. He painted the ceiling in the smaller salon. 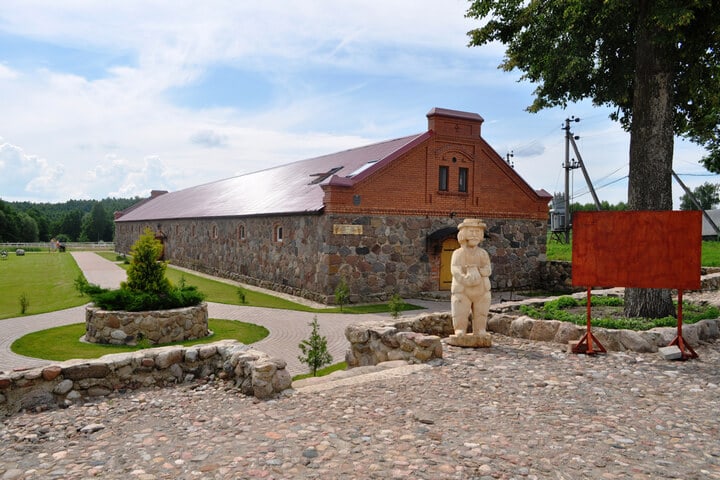 The last mistress of the manor was Mrs. Elżbieta, sister of Zenon Lensky that had many ordeals in his life. In the year 1939, the House was blown up, and all the value confiscated. Several times the new authorities tried to arrest Elżbieta, but residents of the Sula village did not allow doing so, defending their good mistress.

Not all elements of the Manor and Park ensemble Sula survived until our days. The outstanding manor house disappeared in 1939, only ruins remained from the chapel tomb built in 1843, the unique park significantly suffered. However, many of the buildings were restored and rebuilt anew with the efforts of people under the guidance of Andrei Zapolski. Restoration and reconstruction works were conducted between 2006 and 2012 years.

And for several years now, reborn anew, wonderful Sula welcomes its guests wanting to touch history. Now you can stroll along the quiet shady alleys of the charming park along the sleepy pond, feel the spirit of the past times, try dishes of the ethnic cuisine, which recipes have been found in Minsk and Vilnius archives. Sula is ready to offer its guests rest and entertainment for all tastes.

Stages of the History of Belarus in One Place

In the historical park “Royal Assembly Sula” 13 interactive historical sites that affect all stages of the history of Belarus are represented.

Undoubtedly, the Pearl of the historical complex is the Royal Assembly where it offers noble Hall of Fame with a truly Royal fireplace, illuminated medieval chandeliers, and torches. Here you can get acquainted with the Szlachta traditions, explore the collection of tapestries, paintings, and cold weapons, see real sabel battle, learn medieval dancing. 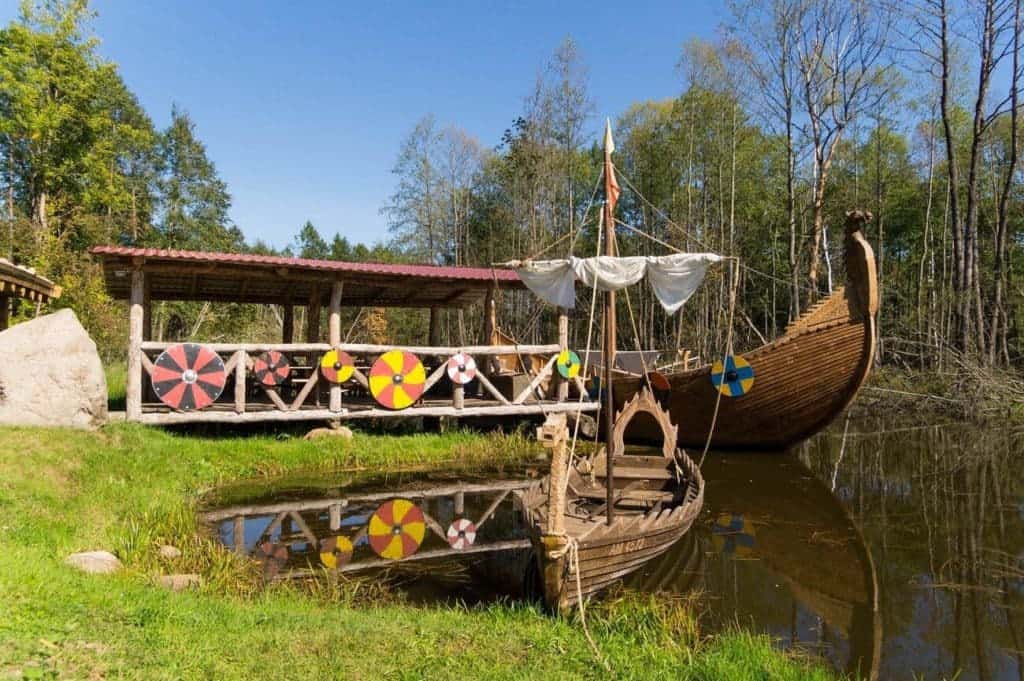 Varangians Marina is built on the banks of the river Sula, where the ancient settlement is surrounded by impressive impale. Vikings and natives from the shores of the Northern Baltic Sea on their combat boats, drakkars, moved along riverbeds to further inland territories of krivichi and next to the Black Sea to rich Greeks, creating the first settlements of the Principality. And formed over the Millennium the famous way “from the Varangians to the Greeks”.

The medieval castle is currently in the process of reconstruction based on saved remains of Sulsk tower, but in its current form, it is able to strike the imagination of visitors. 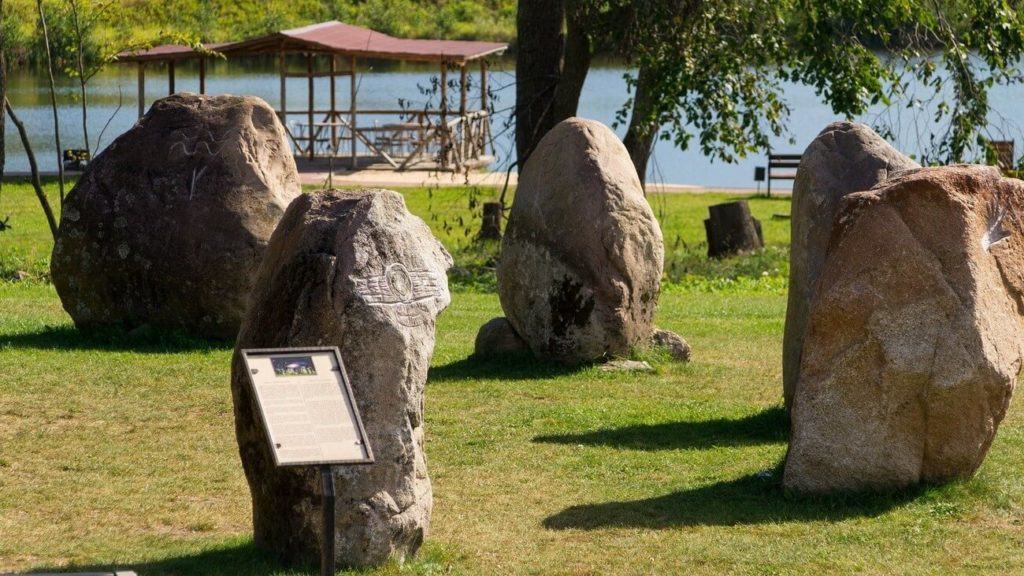 Cromlechs are the oldest in the history of mankind, man-made megalithic structures, representing the group of processed or unprocessed oblong stones (menhirs), set vertically into the ground in compliance with certain laws and forming a concentric circle with inside the circle monument. The establishment of such structures usually date by the Stone Age era (3-5 million years ago), and possibly earlier epochs, periods unknown to mankind.

In the Brewery on the copper distiller of the late 19th century, specially brought from Germany, a noble Szlachta drink “Stark” from an ancient recipe is being made. And you can taste it here.

Weirdest place in the history park is the Rotunda Chapel, pedigree Tomb of Lenskys. It is situated on an artificial Hill and performed in the style of a Tuscan Rotunda.

In addition, you can visit the Museum of Lenskys, view the restored Manor-House of Lenskys, Stables, a Gun smithy, a Site of ancient people.

What to do after the excursion into the past? 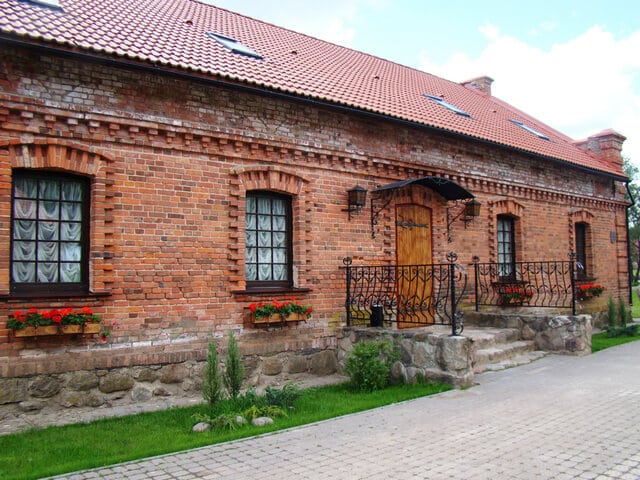 Undoubtedly, touching the unforgettable history of this truly magical places you may wish to relax and have fun. For this history park in the Royal Assembly Sula cordial hosts, all conditions are created. Doors of restaurants and hotels are open for guests. There is also an excellent beach, gazebos, barbecue facilities, a children’s playground. You can take a horse, boat or helicopter ride. The Park territory hosts holidays and celebrations, which will enchant you with its extraordinary atmosphere and incendiary joy. 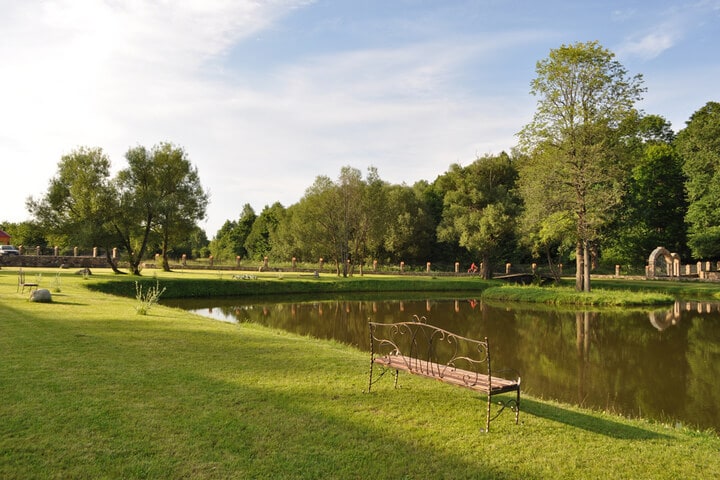 In conclusion, quite confidently can say that once visited this charming site, you will come back again and again to enjoy an unusual sense of calm, peacefulness and touching of history. Throw a coin into the lake ,  so that your wish comes true. We wish you an unforgettable experience!

Plan your trip to Belarus to visit Sula