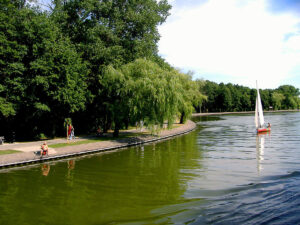 Augustow Canal is one of the most beautiful tourist destinations in Belarus.

It is not only a unique park, but also the only canal in the country, where you can cross the border with Poland on a kayak or boat. This way to get into the country enjoys great popularity among tourists from the neighboring countries.

However, the Augustow canal itself is famous not only for this! Today, the Augustow Canal is one of Europe’s largest canals, this outstanding hydrotechnical structure of the XIX century includes a number of gateways and drawbridges. This monument of hydraulic engineering is located in a specially protected area of ​​UNESCO.

Find out more about the canal in our post!

Interesting Information about the Canal

There are only three similar canals in the world: Caledonian in the UK, Gotha in Sweden and the Augustow Canal located on the territory of Belarus and Poland.

The total length of the waterway is about 102 km and starts on the Serva Lake, near the Polish city of Augustow, and ends in Grodno. The artificial canal connects eleven rivers and seven lakes, and its length is 45 km.

The value of the Augustow canal is in its unique ecosystem: the canal runs through the virgin places of the Augustow Forest with many endangered species of flora and fauna preserved there. The Augustow canal, as well as its rivers and lakes, are excellent for fishing: you can easily catch a trout, grayling and other fish.

History of the Augustow Canal 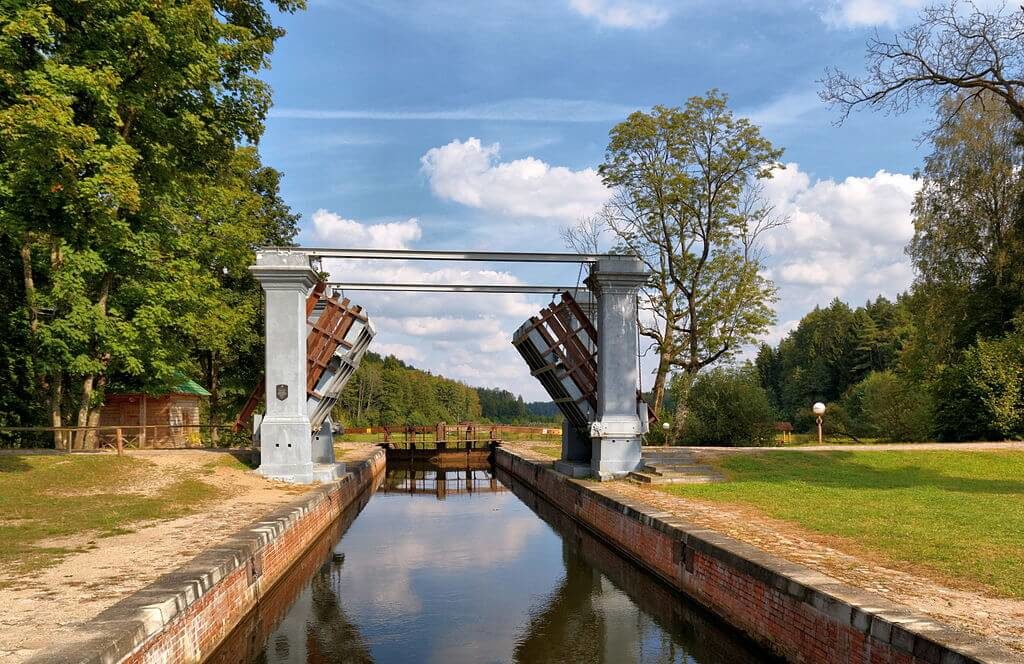 Surprisingly, although the Augustow canal passes through picturesque places, but was originally built not for tourism, but for political and economic reasons. It became the first artificial waterway in Europe and directly connected two large rivers – Vistula and Neman.

The very idea of ​​creating a canal was born in the 70s of the 18th century, during the reign of King Stanislaus Augustus Poniatowski. However, construction began only in the 19th century, after Prussia introduced high tariffs for the transportation of goods through the Baltic ports. The initiator was the Minister of Finance Francis-Xavier Drutsky-Lyubetsky, and the development of the project involved military engineers led by Ignatii Pronzinsky.

The project of the Augustow canal was approved by Emperor Alexander I in 1824, and the construction itself took about 15 years. During this time, 29 culverts, 18 gateways, 21 chambers, 14 bridges and 24 facilities for canal maintenance were built.

Interesting fact: for those times, the cost of building the Augustow canal was a very substantial amount of 1.5 million in silver.

However, its history, as an important transport route for the transportation of wood and goods, was short-lived. In 1825, an agreement with Prussia settled the customs duties, and in the second half of the nineteenth century, the development of railways made the canal was ceased to be used for transportation.

Flowing through the picturesque natural places, the Augustow canal became popular among tourists.

Interesting fact: in 1909, the first walking tour took place along the riverbed, and later the first horse route was opened. 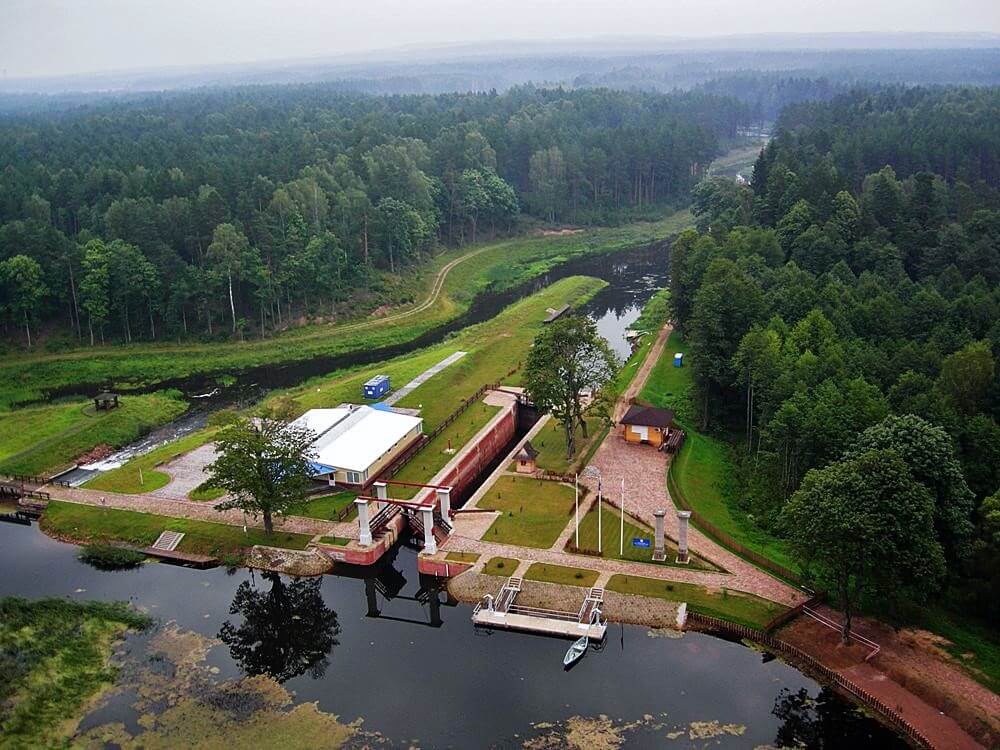 During the First World War, the canal suffered considerable damage, mostly because of the defensive structures erected here in the late nineteenth and early twentieth centuries.

During the Great Patriotic War, the hydraulic structures of the canal, along which the defensive pillboxes were built, considerably suffered, and the Chertok distribution gateway was completely destroyed.

In 2004 – 2006, the Belarusian part of the canal, which is 22 km long, was restored. Experts have restored the ancient hydraulic structures, and the whole canal, which has not been used since the 1950s. Gateways, wooden columns, movable bridges, memorial tablets with the names of design engineers – all this was restored manually and regained an authentic look.

Kayaking Along the Augustow Canal 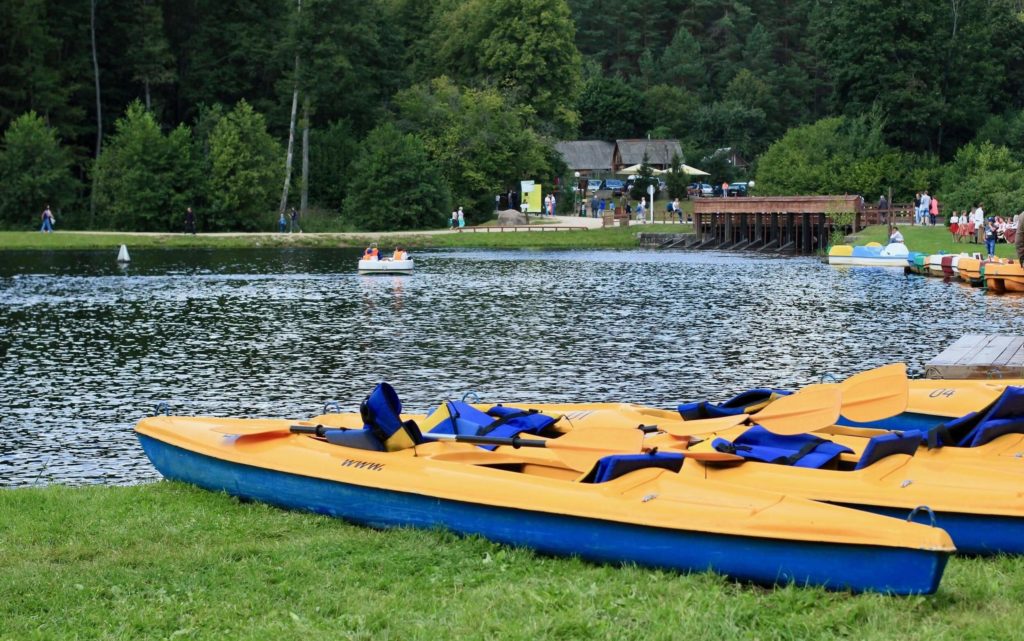 Today, the Augustow Canal is a great place for active recreation, especially in water.

On the Belarusian part of the canal, there are 5 locks-regulators, 2 dams and 4 navigable sluices – Nemnovo, Dombrovka, Volkusheki and Kuzhinets. Nemnovo is the largest four-chamber gateway of the Augustow Canal. Its length is 9.6 meters, the water drop is almost 10 meters, and the sluicing takes about an hour.

More than 10 water routes have been developed on the canal and its tributaries. One of the longest is the transboundary water-cycle route “Augustow Canal – Belovezhskaya Pushcha” (272, 4 km). For example, the route “Augustow Shliakh” offers several days of kayaking along the canal and such rivers as: Black Gancha and Marykh.

One of the most popular water routes is the transboundary one called “Unknown Europe” (between Poland, Belarus and Lithuania). Crossing the border does not take much time and you can do it without leaving the kayaks, and border guards spend no more than three minutes on each tourist.

Crossing of the Belarus-Poland border on the Augustow Canal

The Belarusian-Polish state border is located on the Kuzhinec border gateway, which was opened in 2005 for the international border crossing point (only for travelers on boats and kayaks). In 2014, after the reconstruction of the last locks on the Polish side, a water route for the Augustow-Grodno-Druskininkai motor yachts was opened.

Since autumn of 2016, citizens of several dozens of states, including all countries of Western Europe, are allowed to visit the Augustow Canal without visas on a special tourist ticket purchased online not later than 24 hours before entering Belarus. The term of such visa-free stay is not more than 5 days.

Things to do near the Augustow Canal 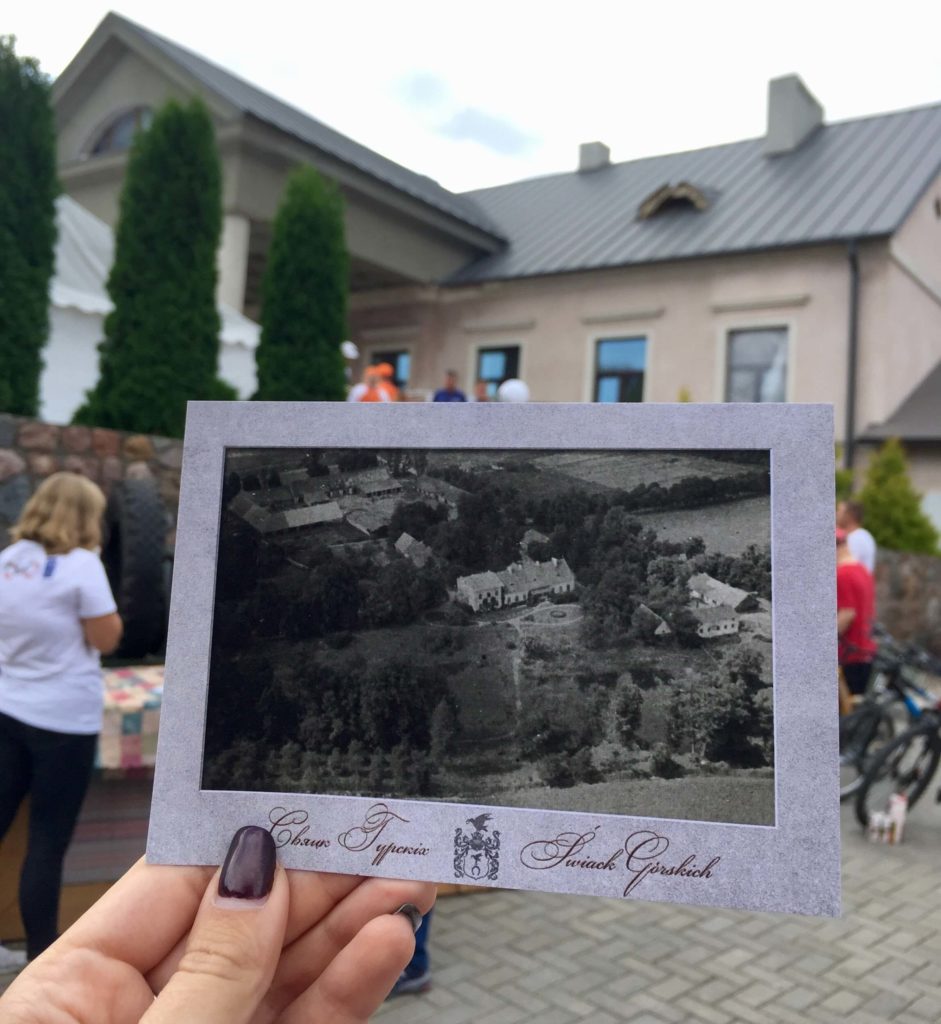 Today, the Grodno region has preserved many monuments of history and architecture, especially in the vicinity of the Augustow Canal.

It will be interesting to see the house of gateway guard in the style of Russian Empire, built in the village of Nemnovo in 1830. The Museum of the Augustow Canal itself is located in the building of the former tavern. Here, you can see ancient maps of the area and canal schemes, handwritten documents, photographs and household items of the XIX century.

For those who do not want to be limited to August channel, you can explore the sights in the vicinity by car or on foot. You can start the route from the Dombrovka gateway. Go through the defensive structures of the Molotov line (1939-1941) and the Tartak agrotown, proceed to the township of Sopotskin, where you can find the Assumption of the Blessed Virgin Mary and St. Joseph Kuntsevich church, and the tomb of Prince Gursky in the ancient cemetery.

On the way to Grodno, you can visit the palace and park ensemble of Volovich in the village of Svyatsk, which was built according to the project of the Italian Giuseppe de Sacco. It is also worth to visit the beautiful manor and park complex of Drutsk-Gursky with a water system of the XIX century and an old brewery in the village of Radzivilki.

International Festivals and Holidays on the Canal 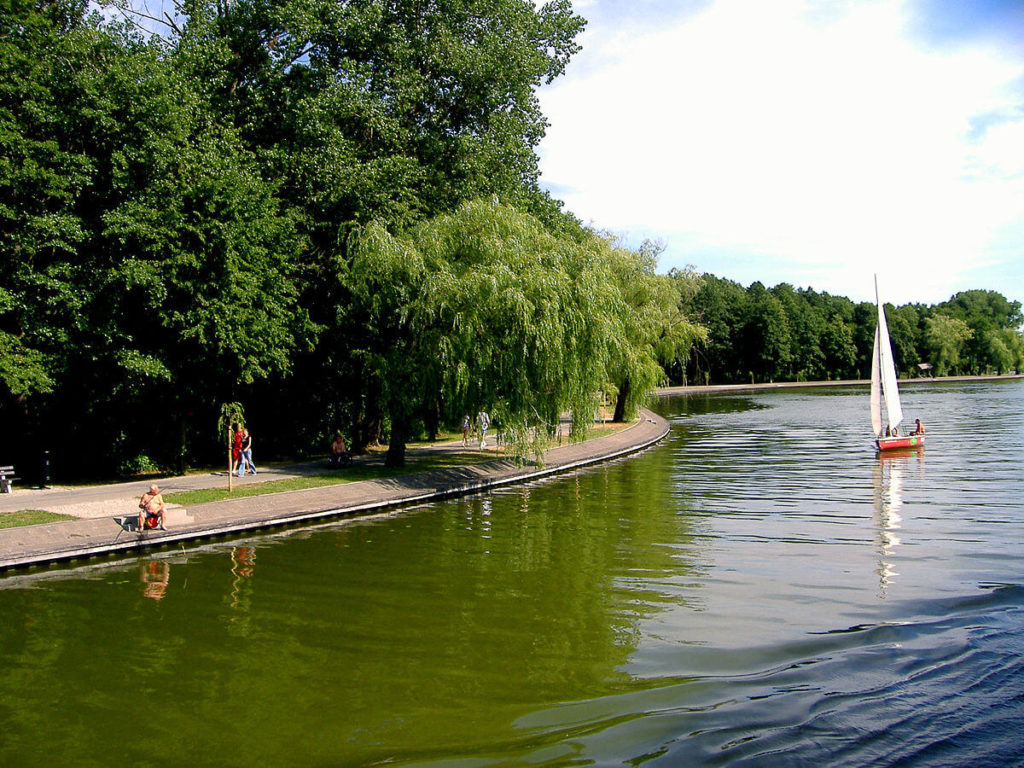 The Augustow canal is located on the border of three countries: Belarus, Poland and Lithuania. Every year, many interesting events and festivals are organized here. This is what attracts tourists from all over the world to this region.

Annually, in May, “Augustow Canal invites friends” folk arts festival takes place, where you can get to know more closely with Belarusian culture, master different crafts, and taste dishes of national cuisine.

At the end of summer, “Augustow Canal in the Culture of Three Nations” festival is held near the Dombrovka sluice. Original folklore collectives, musicians and masters gather together representing their national art. This year UNDP conducted a bike ride (Bike4SDGs) in partnership with the 17th folk arts festival. 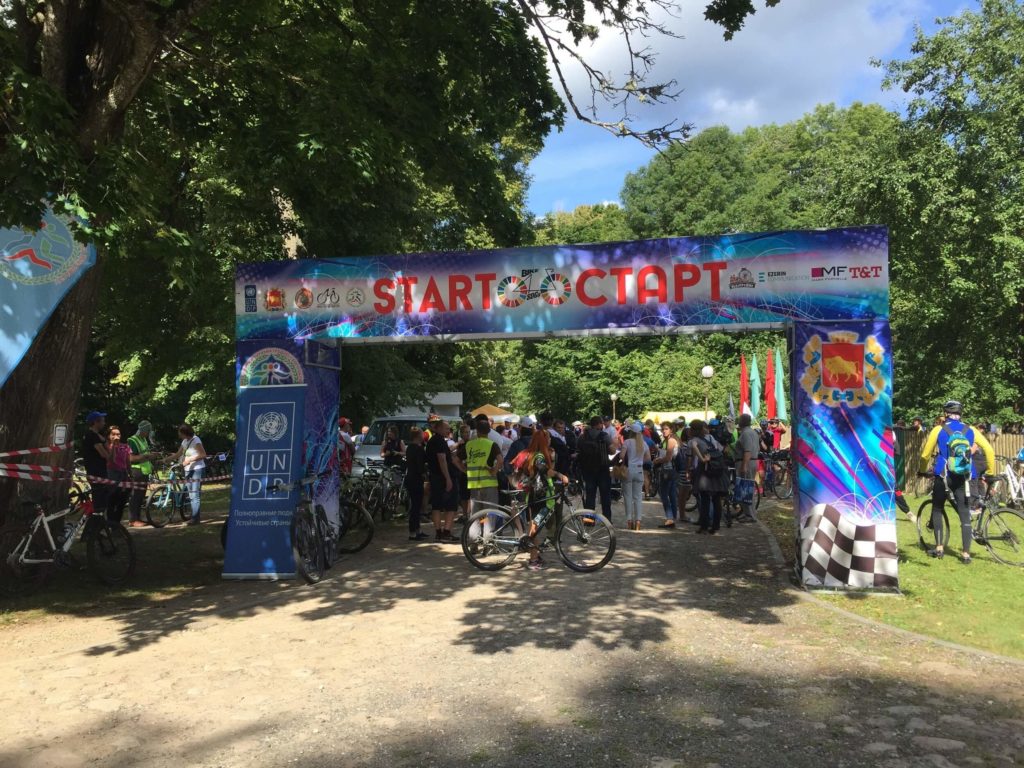 500 participants from more than 20 countries of the world joined the Bike4SDGs bike ride in support of tourism development, promotion of a healthy lifestyle, popularization of green mobility, inclusive society and partnership. Participants discovered the tourist potential of the Augustow Canal, having traveled 18.5 km by bicycles and 6 km by kayaks along the picturesque historical sites of the unique hydrotechnical structure of the 19th century.

All the guests could not only strengthen their health, learn a lot of interesting things about history and culture of the region, but also spent most of the day without a car, which is favorable for the environment.

You can come to the Augustow Canal not only for one day, but also spend the weekend with your family: ride a boat or catamaran on the lake, or pass the canal gateways on the “Neman” ship. There is a mini hotel on the canal offering accommodation facilities. Here you can relax from the city bustle in the forest near the water. You can book hotel rooms through the official website: http://avgustovskiy.by

You can also choose one of the numerous hotels in Grodno on Booking.com (get a discount of 15 euros on your first booking).

Or stay at one of the farm houses nearby.

How to get to Augustow Canal from Minsk and Grodno 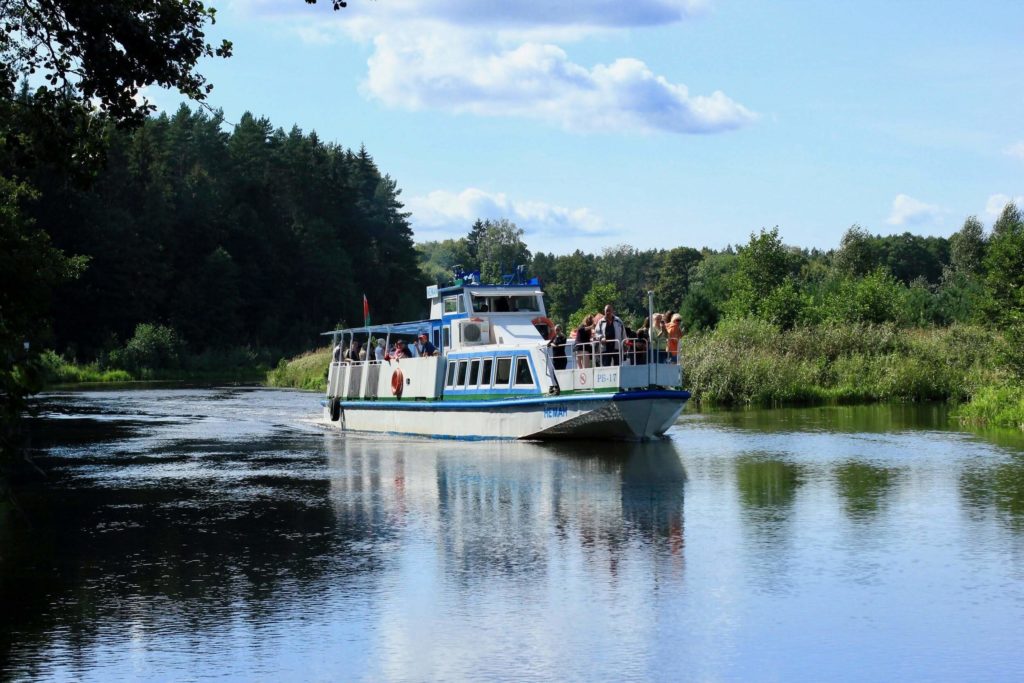 The distance from Minsk to the Augustow Canal is 327 km. The most convenient way to travel by car is in the direction of Volozhin-Lida-Skidel. The time will be approximately 4 hours.

But, if this is not available, then take the public transport from Minsk Central station (minibus, bus, train) to Grodno, and then go by bus. Unfortunately, there is no direct transport to the Augustow canal from Grodno: you can reach it every day by bus on one of these routes: Grodno – Nemnovo, Grodno – Goryachki, Grodno – Kaleti, and get off at the “Sonichi” or “Augustow canal” stop.

The official website of the Augustow Canal: http://avgustovskiy.by
Opening hours: daily from 8-00 to 22-00

This was our full overview of things to do and places to stay on the Augustow Canal and near it. Also, read our post about kayaking in Belarus. Have a great time in our country!

Text and pictures by: Dronina Inessa

Plan your trip to Augustow Canal