Belarusians never get tired of having fun: after all, no matter what age you are from or where you are from —positive emotions should definitely follow you!

So, Belarus can boast dozens of unforgettable festivals for every taste: there is an occupation for lovers of medieval culture, for fans of comic books, and for avid rockers.

We have prepared for you the top exciting festivals for a great mood and the acquisition of like-minded people, which you definitely want to get to in 2019.

You can find more information about particular festivals on their websites, but take into account that most of them only have a Russian version.

What: festival of geek-culture 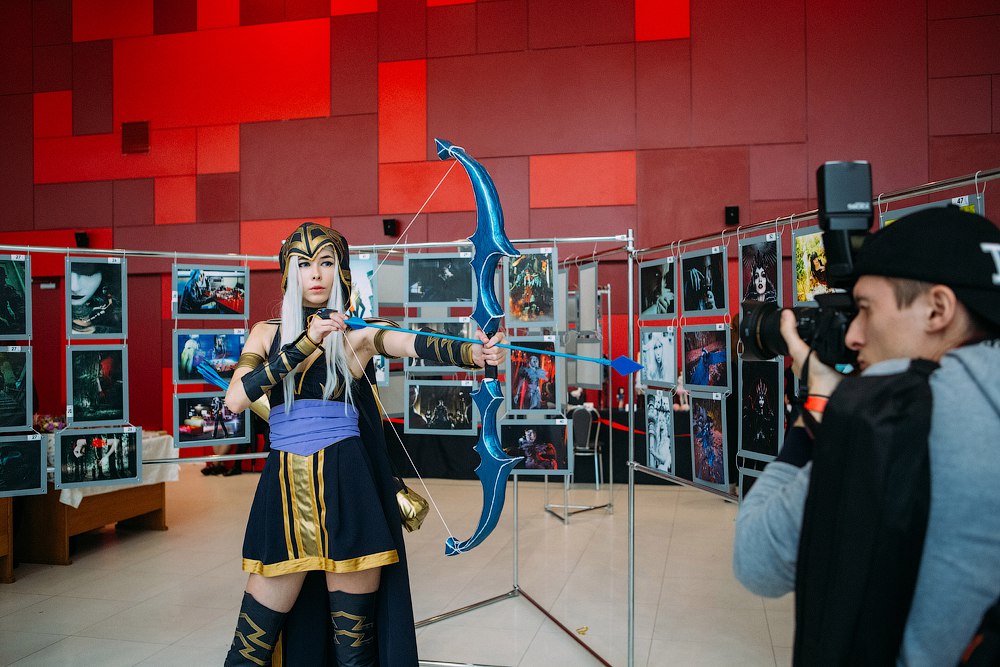 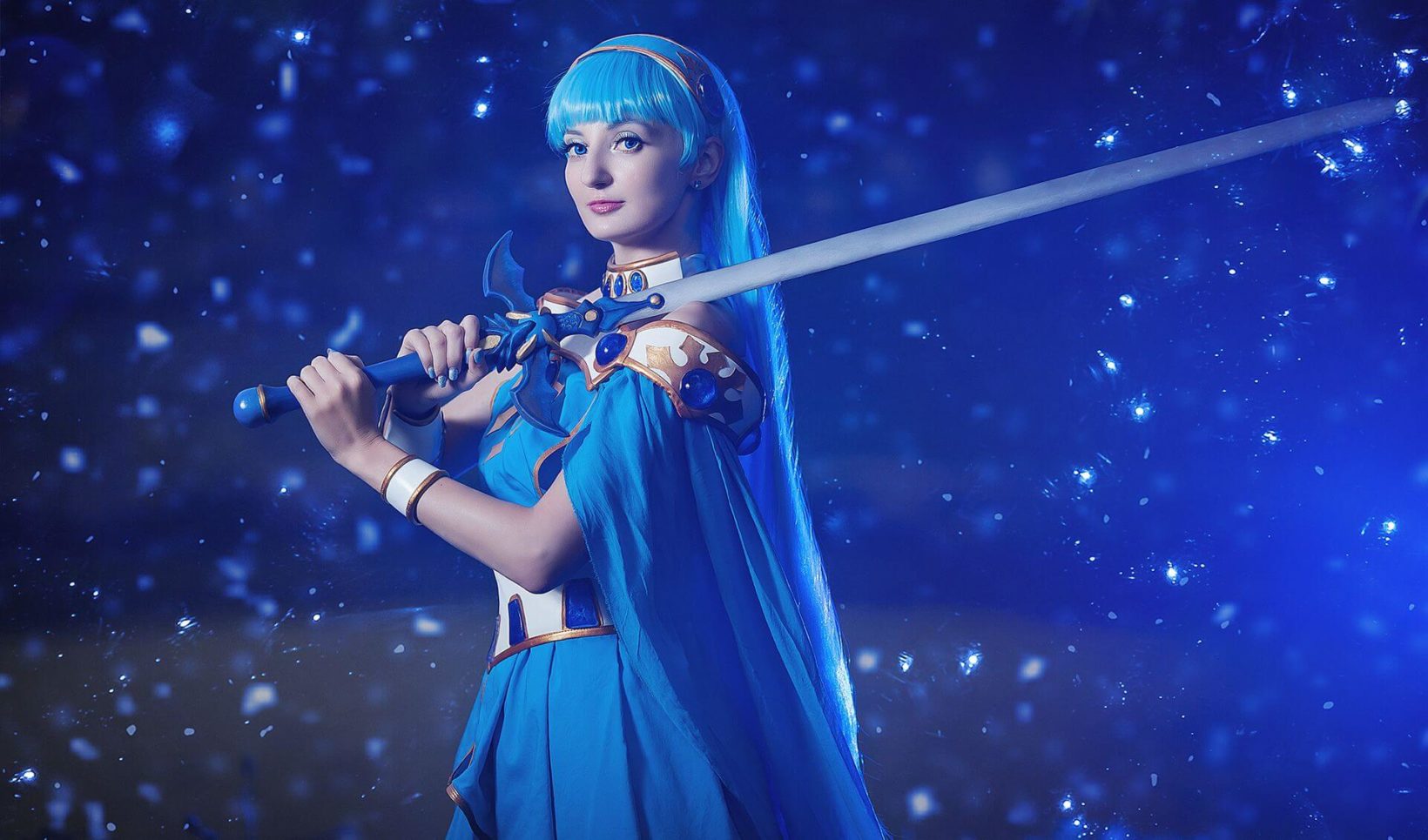 FreeTime Fest is one of the largest festivals of geek-culture in the country. Here you can find everything that geeks like: the best representatives of cosplay, a costume show, funny fan performances with favorite anime characters and games, live performances, dance performances and much more.

Submission of applications is carried out through the website: the main thing is to make the correct form of
request! The participants are offered stage and non-stage contests, as well as accreditation (photo, video accreditation, media, bloggers, volunteers). Tickets can be bought directly on the day of the festival, or booked, or purchased at points of sale.

In addition, in the foyer you can play table and console games, buy themed souvenirs at the fair, dedicated to cult comic books, cartoons and games and vote for the cosplayer contestant you liked. Well, after the festival you can walk to the center of the city and enjoy the sights of Gomel. 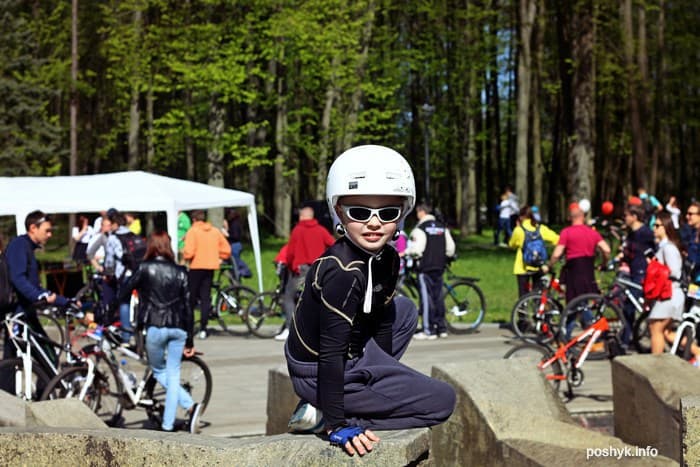 Annually in the center of Minsk there is a grand cycling event that resembles a real parade! The festival is absolutely free, anyone can participate in it. It is enough to have a serviceable bicycle and a unique suit (which, by the way, many participants make by their own hands).

In addition to mass cycling at the festival, you can take part in competitions for children and adults, make a souvenir at one of the master classes, arrange a competition with other participants, take a picture with friends in the photo zone and get prizes.

Also, be prepared to meet with sports authorities or media personalities of Belarus: in 2018, Alexander Solodukha came to the festival on his own bicycle and headed the column.

It is equally interesting for everyone: from youth to married couples. For toddlers there is a separate children’s area where you can leave your child under supervision.

The festival organizes the largest cycling club in Minsk. Fun can be continued until late at night if you build an additional route past all the sights of Minsk. On a bicycle you can overcome tens of kilometers, admiring the capital.

Read also: Top 10 Coffee Shops in Minsk: Where to Try the Best coffee

What: the festival of youth culture

Where: Minsk, st. Chkalov, 7 (Palace of Culture and Sports of Railway Workers) 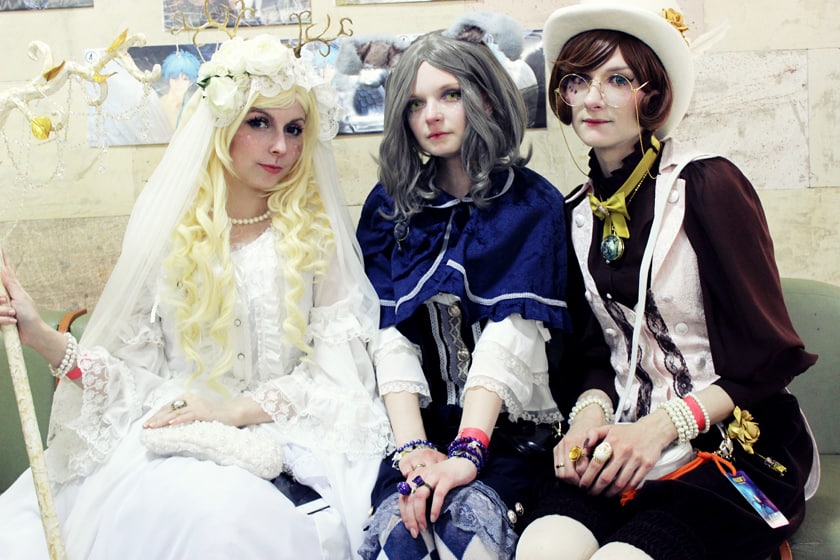 WEBcon is the place where the best cosplay representatives from all over the world gather! Here you can’t only get a lot of impressions, but also to find new friends. Comics, fantasy, anime and computer games – that’s what unites the participants and spectators of this festival.

Do not miss the chance to make an amazing journey to another world, where every celebration is filled with magic!

What: the festival of military historical reconstruction 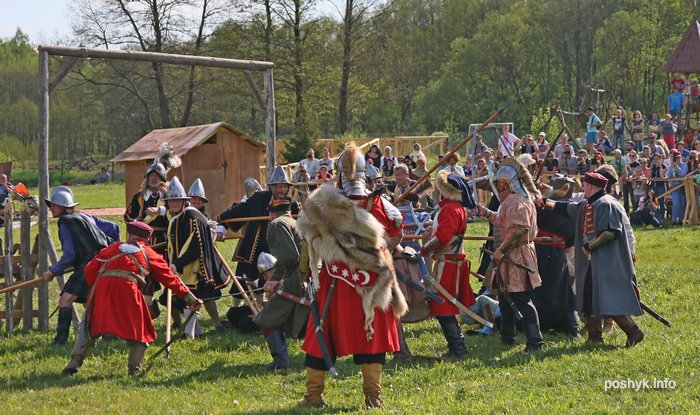 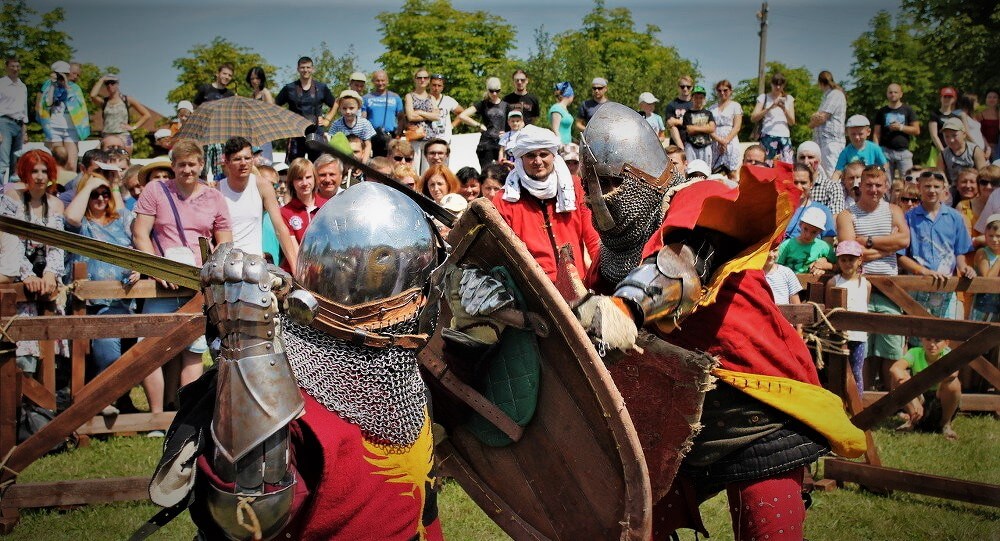 Historically, several most significant epochs, each with its own peculiarities and culture, were represented on the territory of Belarus. The organizers of the festival decided to unite the whole history of Belarus and reproduce the main historical events in the 21st century! An unforgettable mixture of cultures and impressions!

The festival attracts the best artisans of the country to demonstrate weapons, household items and clothing. Everything is hand made. Also artisans arrange master classes, thanks to which you can make a clay pitcher or learn how to shoot a bow.

What: an international folk rock festival

Tickets: you can buy on the spot on the day of the festival at the box office of the museum “Dudutki”

How to get there: daily bus trips from Minsk by train, bus.

www.svyata-sontsa.by (also has an English version) 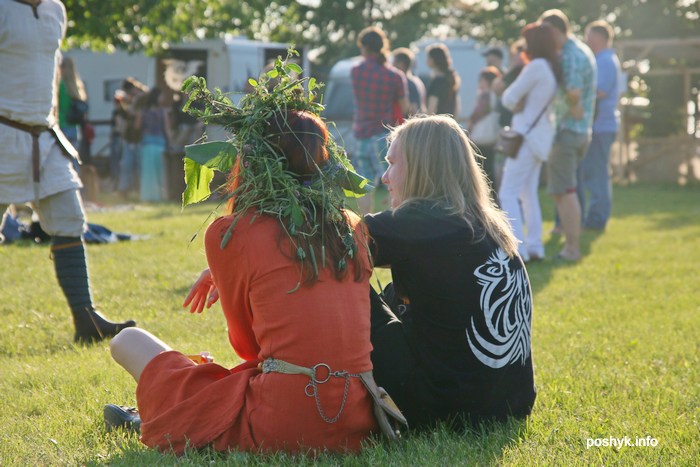 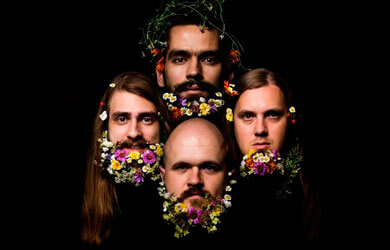 This 2-day festival will be to the liking of all lovers of folk culture,
because during the Kupala night the ancient magic takes place and the whole night is filled with the sacrament. Here music and traditions are woven into one whole, forming an indescribable atmosphere.

Every year, the organizers invite the best folk bands of the CIS to the festival, and in the end they stage a spectacular fire show. 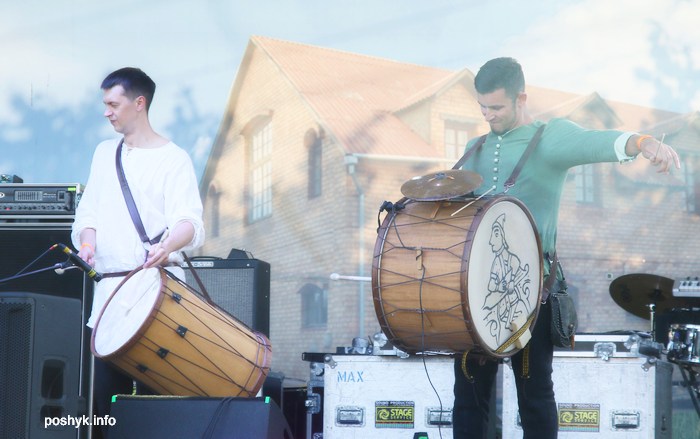 What: one more international folk-rock festival

Where: near the river Ptich (Belarusian State Museum of Folk Architecture and Life)

Price: ticket for 1 day  — 20 rubles., For 2 — 35 rubles. On the day of the festival the cost increases by 5 rubles. Children under 16 years of age are admitted free when accompanied by an adult. 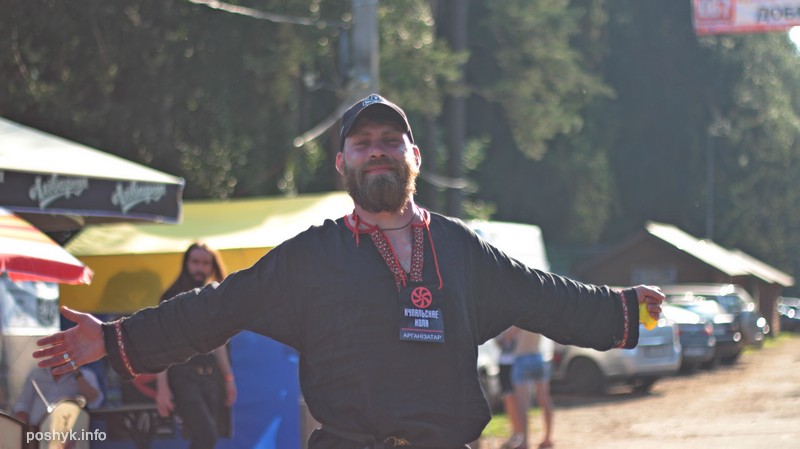 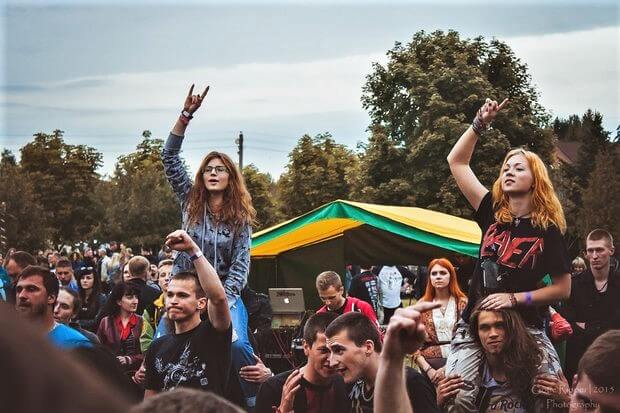 After “The Holiday of the Sun” you can go to another folk-festival of the country – “Kupalskae Kola”. The format of the festival is slightly different. There are a lot of bikers, heavy music and beer here. But this does not mean that there will be less impressions.

Everyone gathers at the festival: from students to old mens in leather jackets. In addition to a variety of music and delicious drinks, there are open areas for outdoor activities and sports, a fair of antiques and a city of masters where you can try yourself in blacksmithing, pottery, straw and weaving.

Where: Grodno, a playground near Jubilee Lake 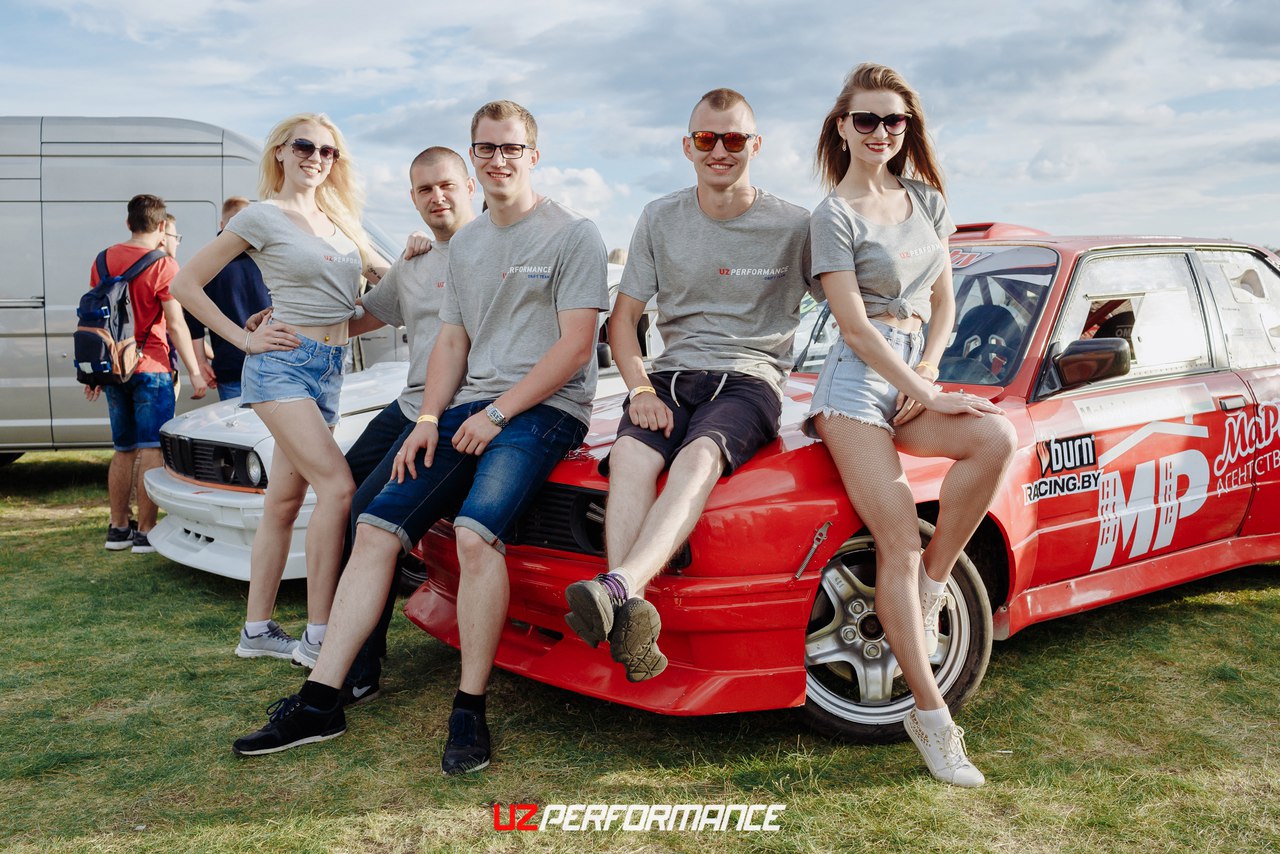 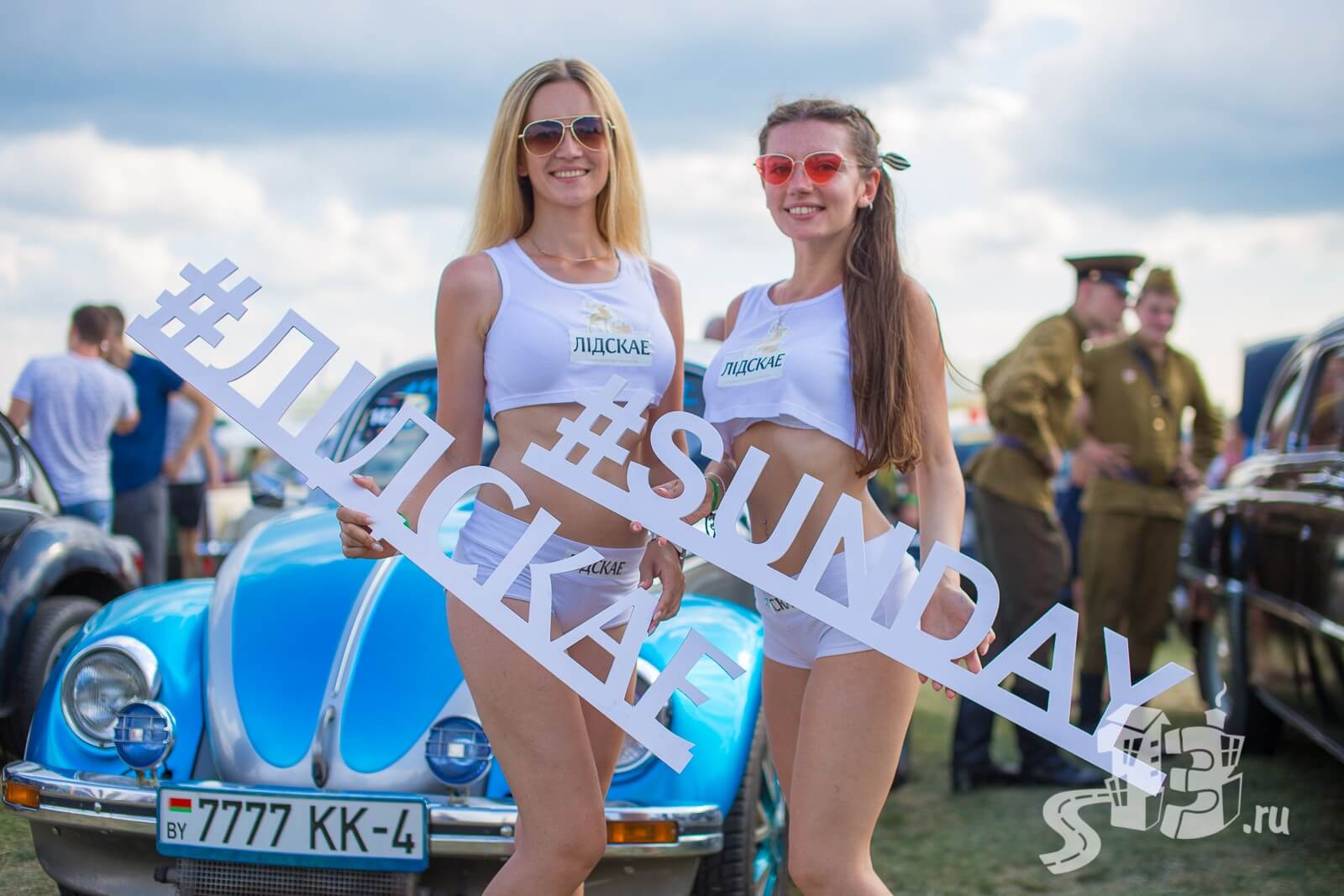 Every year in Grodno, the SunDay festival takes place, which features rare cars from around the world. Applications are accepted until July 16.

The organizers took care of the comfort, turning the usual exhibition of cars into a comfortable festival. At your disposal is delicious food, playgrounds, entertainment areas for every taste and a large parking lot.

Within the framework of the festival, sports games and the Miss SunDay contest will be held. The merry atmosphere of the holiday will last all day and night, and then you can arrange a walk through the main sights of Grodno, at the same time getting to know the history of the city.

What: the international festival of medieval culture and music 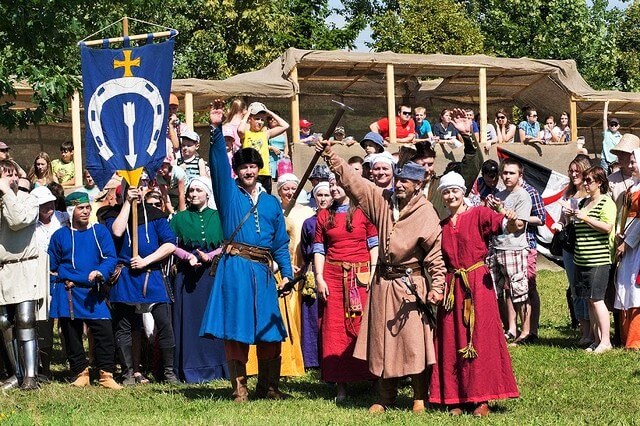 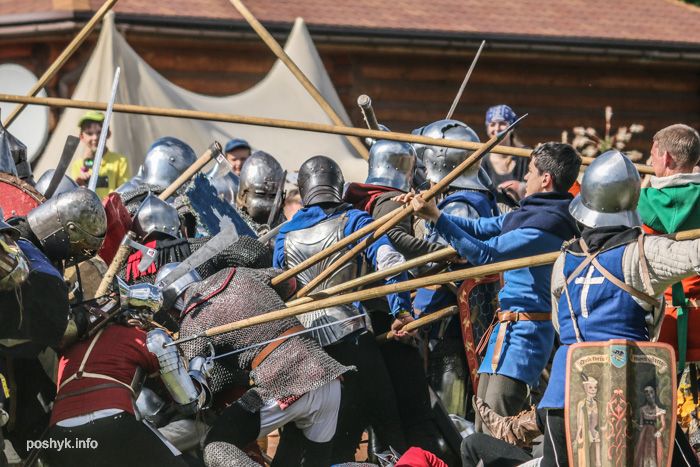 “Our Grunwald” annually arranges a theatrical reconstruction of the main historical events, and does so on such a scale that the event can be called the largest of its kind. Applications are accepted until July 15.

Representatives from not only Belarus, but also from neighboring European countries take part in the reconstruction, so the festival literally unites the world.

See the program on the official group of the event Vkontakte.

In addition to theatrical historical battles, you can watch and listen to the best folk, rock and metal bands here. Traditionally, the festival presents a sea of ​​entertainment, food is served in authentic earthenware, young ladies are walking around in historical outfits, and children can not take their eyes off the knightly armor.

fspfestival.com (has an English version) 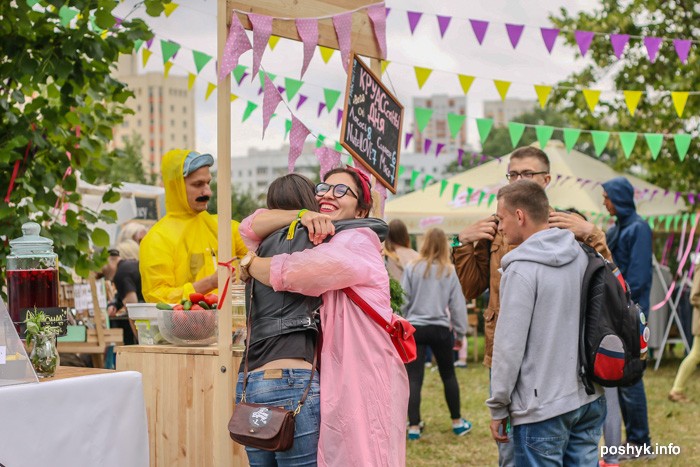 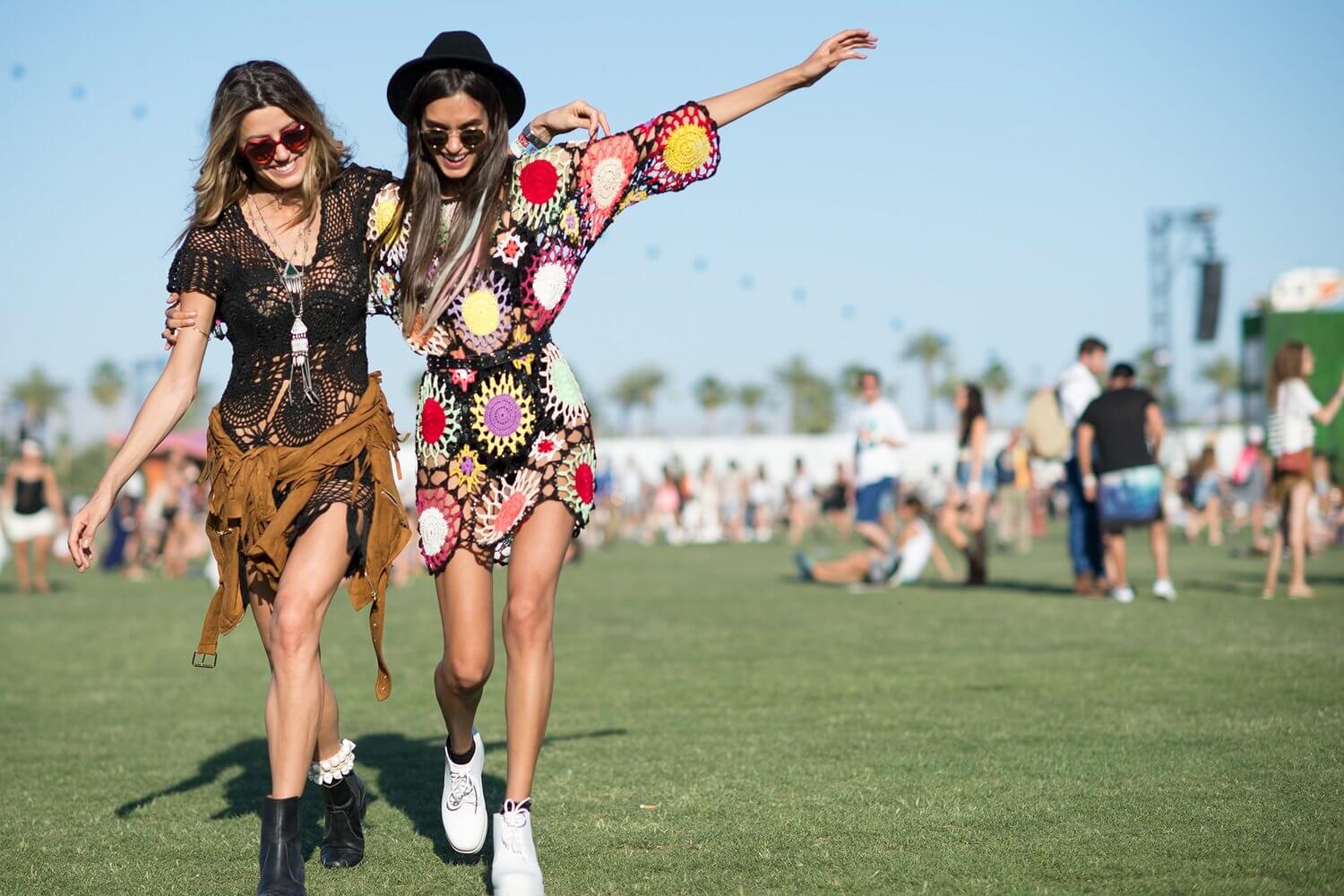 Master classes and theater performances are also held. There is a separate children’s area.

What: the air festival 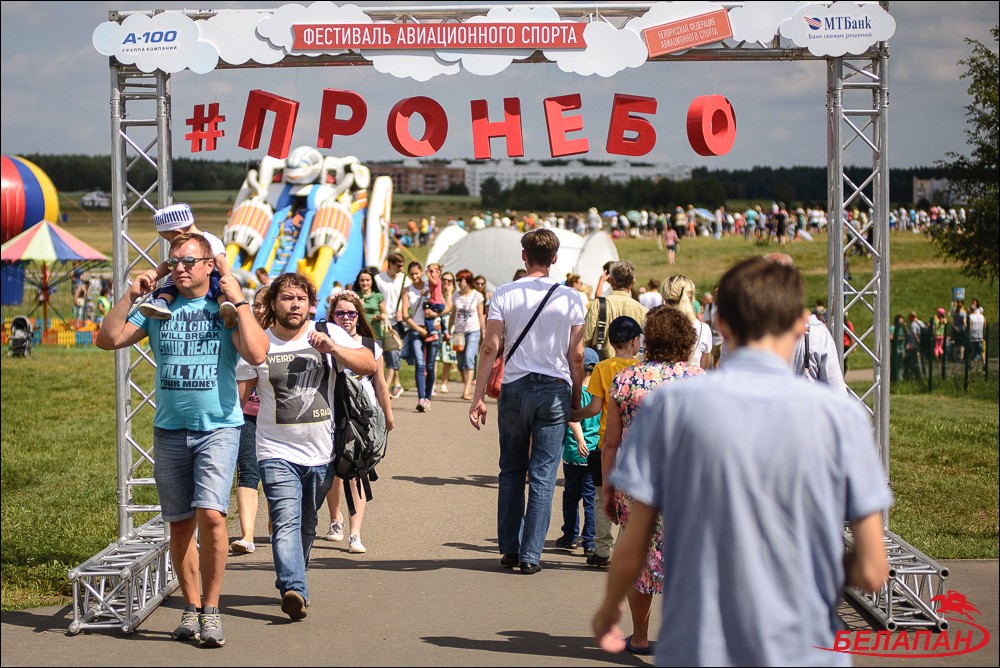 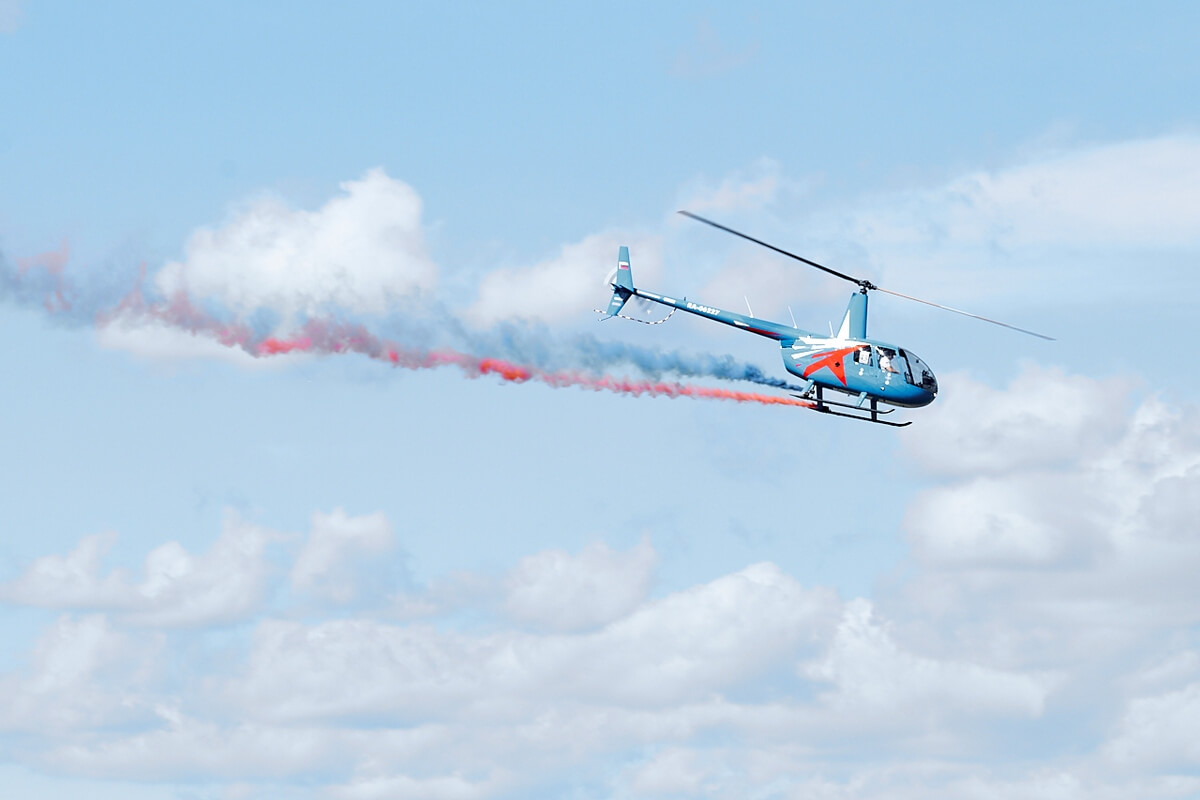 This is a large-scale event dedicated to aviation sports, which attracts the best pilots of the world.  Professional pilots will show tricks on real planes and helicopters, will compete for the title of the best.

VulitsaEzha food court will also operate at the airport with the widest food offer.

Both Belarusian performers and famous musicians from Russia will take part in the festival program.

All interested persons can personally touch real aircraft and even sit in the cockpit of the pilot. Pilots tell you why each of the hundreds of buttons on the helicopter panel is needed. Here whole families come with pleasure and take a lot of funny photos.

What: the annual music festival of beer and delicious food 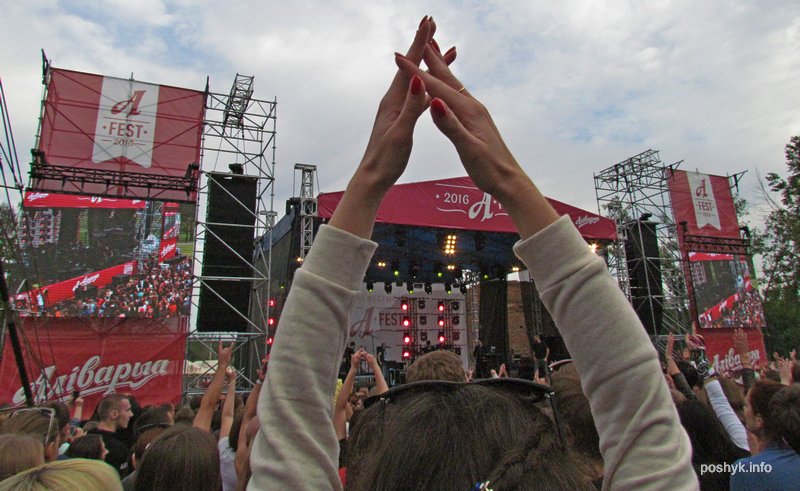 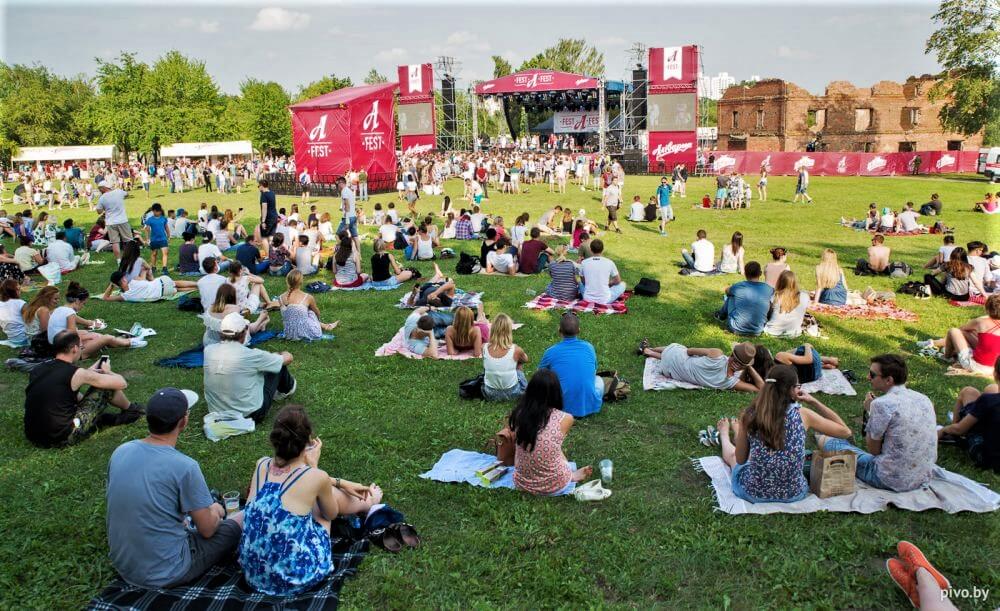 A-fest is one of the most popular festivals of 18+, devoted to music and beer. The organizer of the event is Alivariya Brewery (the oldest brewery in Belarus, which turns 155 this year) so the quality of frothy drinks is high.

The festival took the best from its colleagues and created a truly comfortable place to relax, with great musicians, quality sound, a varied program and delicious food.

What: open-air festival of electronic music

www.vivabraslav.by (has an English version) 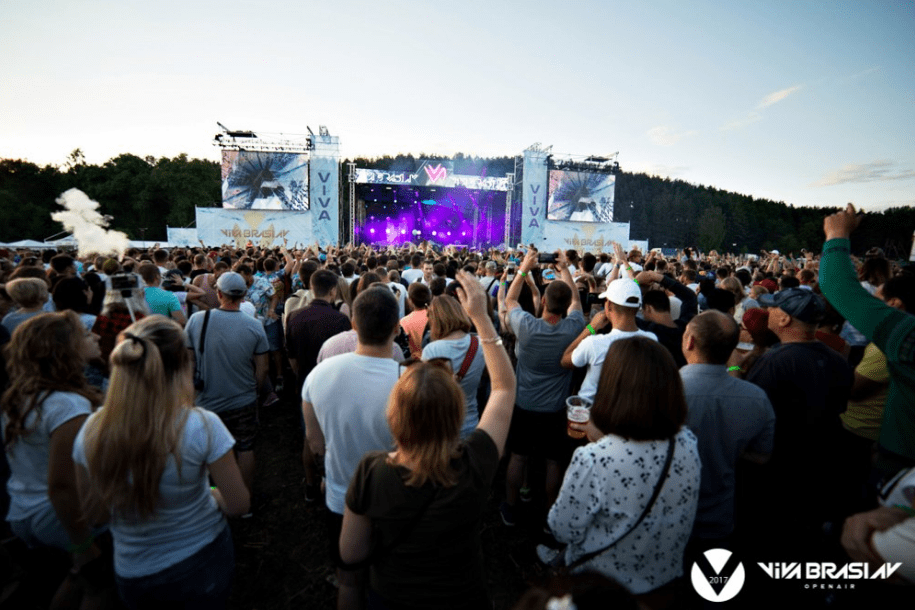 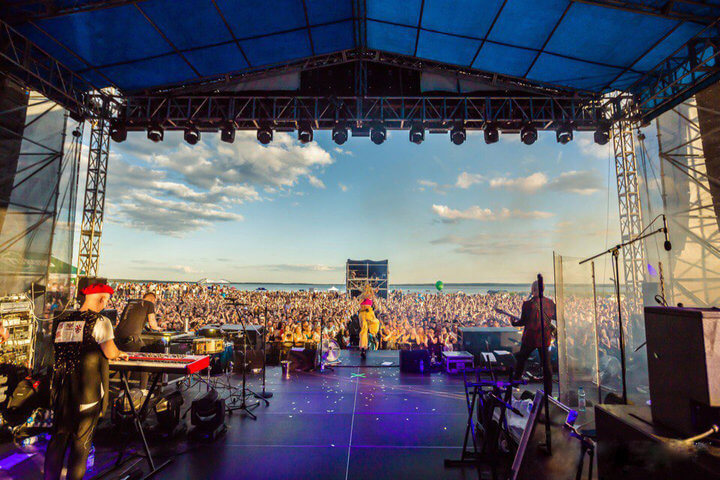 The largest open-air festival of modern electronic music! Every year the best music makers from all over the world come here to rock the crowd of many thousands.

Also at the festival is the contest “Miss Viva Braslav”, and the result depends on your decision. In addition to beautiful girls and amazing music the audience will be impressed by the light show.

Do not forget about the natural beauty of Braslav … on this trip you will not regret for anything! 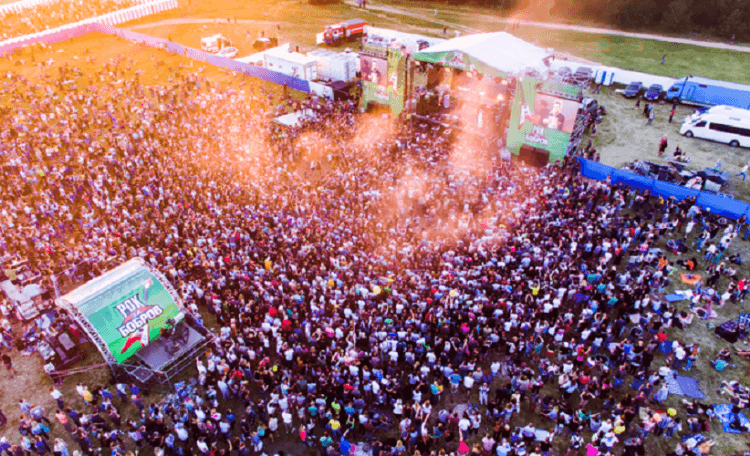 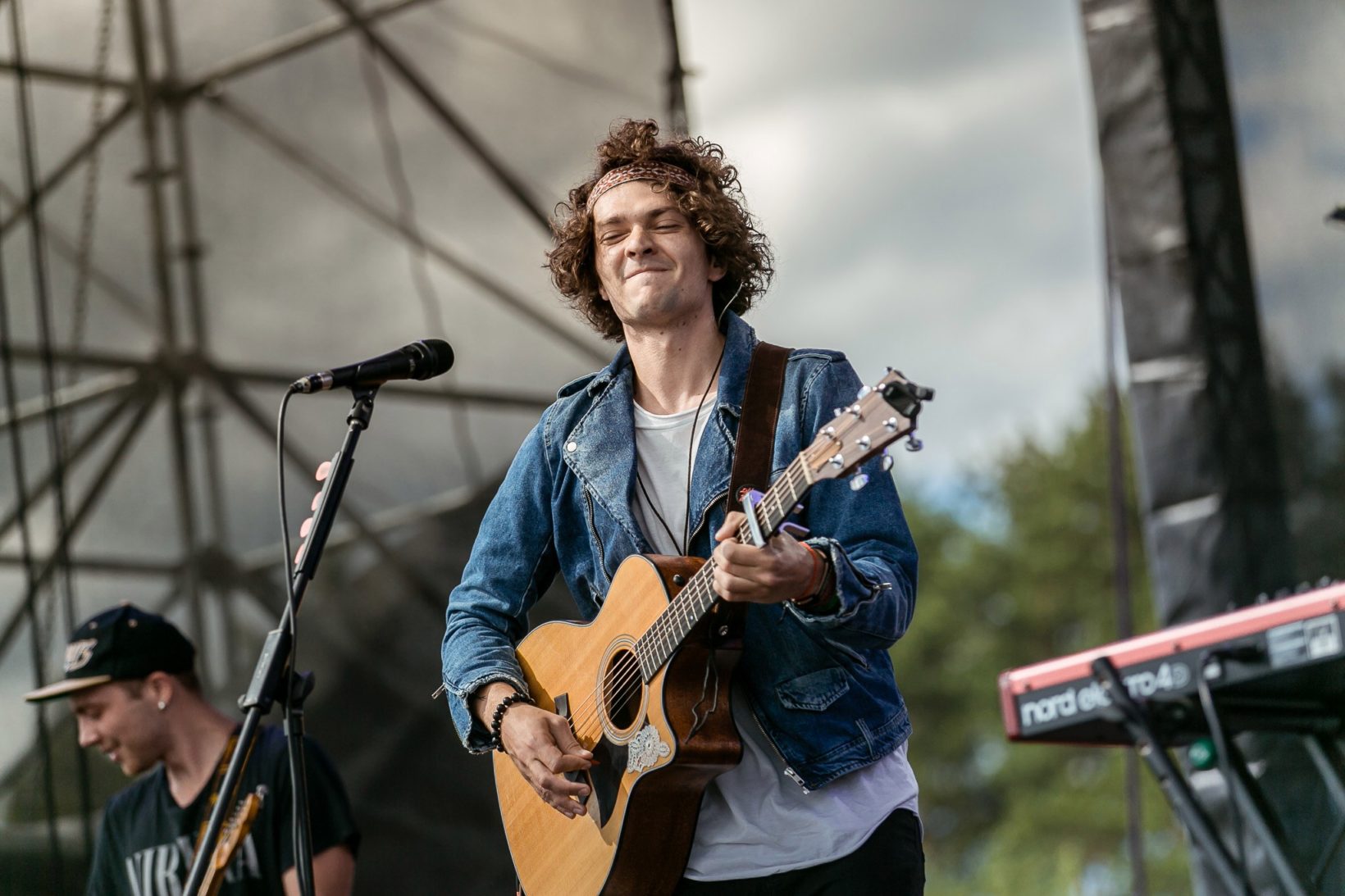 “Rock for Bobrov” is the largest rock festival in Belarus, which gathers people not only from neighboring cities of Belarus, but also from all over the world. During its ten-year history, the festival scene hosted the best representatives of Russian rock and alternative music.

In addition to amazing music, you can taste delicious food and good beer, find new friends, which contributes to the atmosphere of the festival.

What: the military-historical festival

Where: Minsk (to be confirmed)

www.minsk-starazhytny.by (only in Russian and Belarusian) 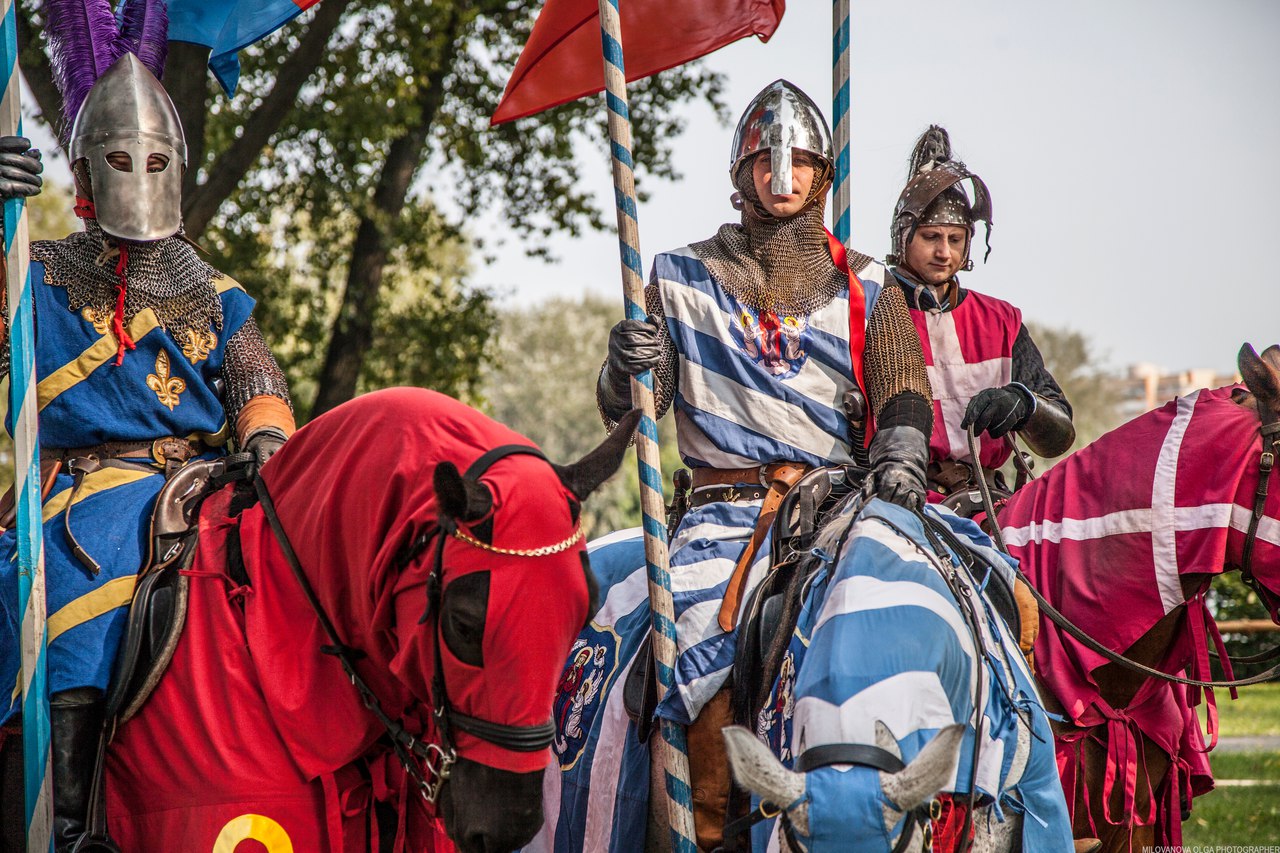 What: the largest beer festival

Where: Lida, near by Lida castle 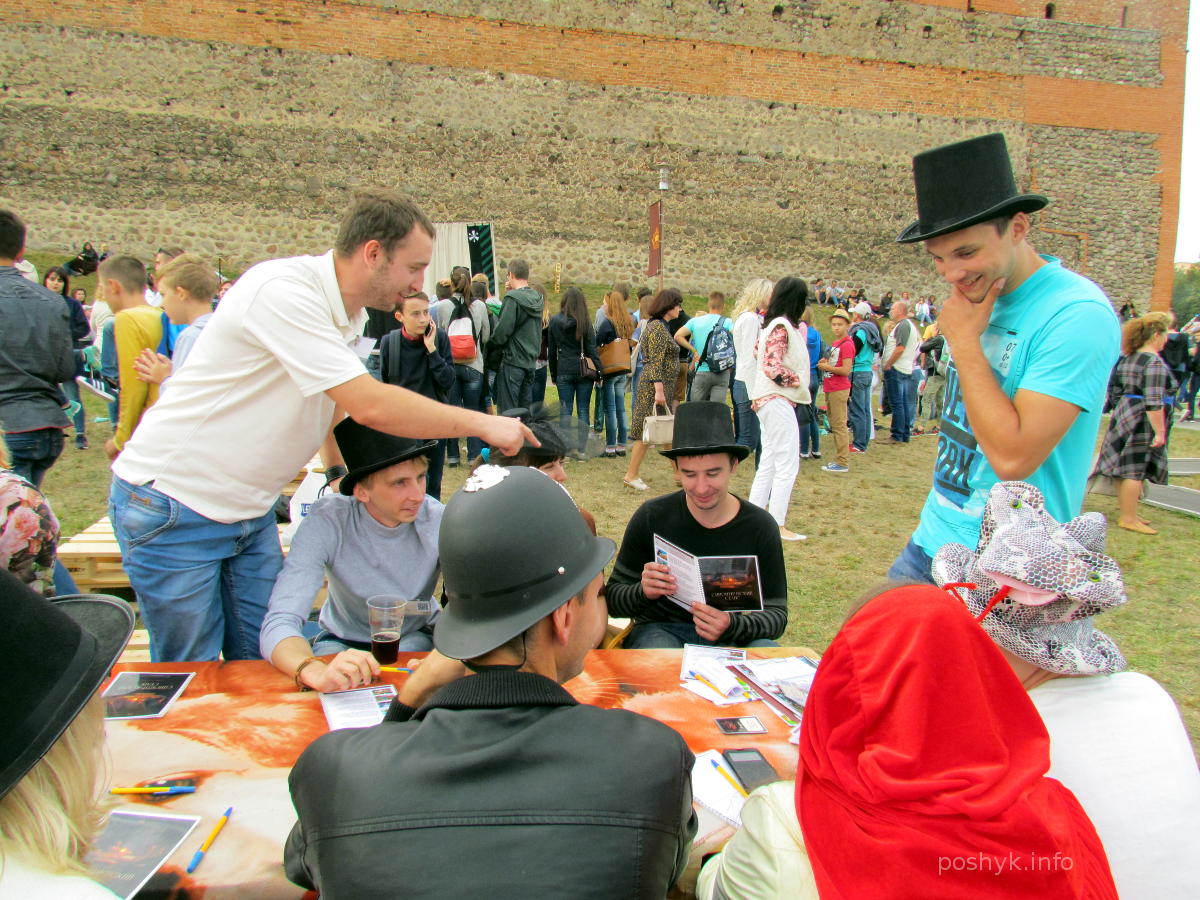 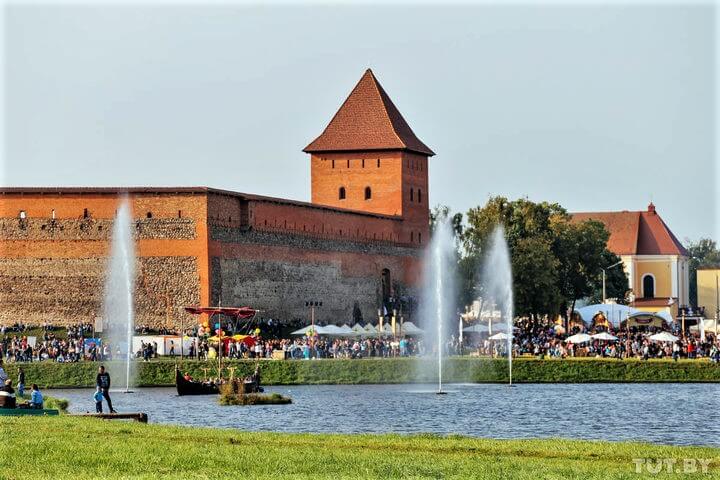 Lidbeer is a large-scale beer festival that takes place annually in the city of Lida near the walls of the famous Lida Castle. Centuries-old traditions of brewing, combined with popular rock music, are gather at the festival by thousands of spectators from all over the world. 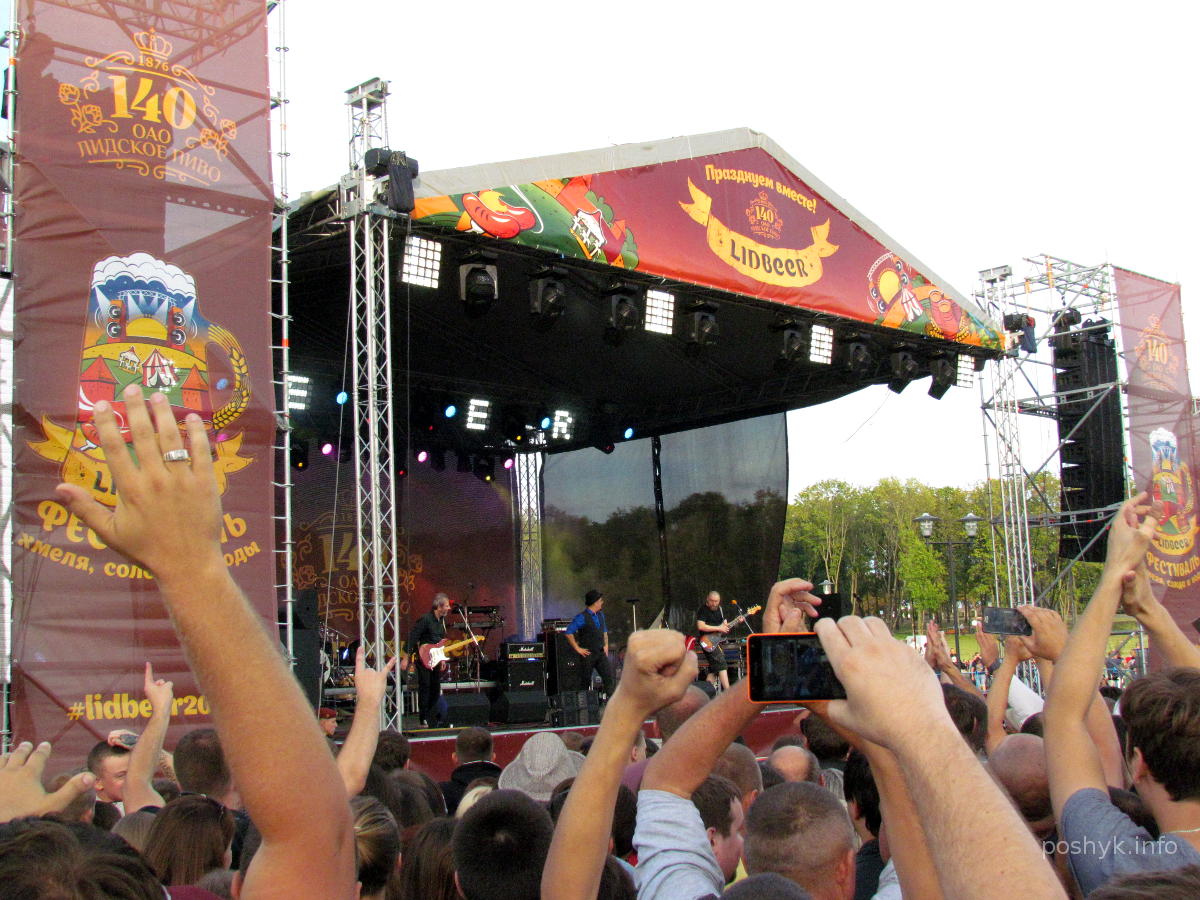 The festival is divided into several zones, where everyone can have fun. Music lovers will be able to dance in the zone of the stage, and fans of beer can taste the best beers and enjoy snacks away from loud guitars.

Musical groups can apply for a performance on stage. The winner will be chosen by voting at the end of the festival. The winner-group will perform at Lidber next year.

Even for children there is a separate zone where they will be able to participate in contests and find new friends. And after the festival you can go to with big company or a friendly family on an excursion to the Lida Castle.

What: the festival of youth giq culture

Where: Minsk district, a. Shchomyslitsa, 3 km from MKAD (the shopping center “Globus Park”)

Here there are presentations of new games and game projects, visitors can learn about innovations in the field of modern technologies, participate in cyber sport events, win in contests.

Book your accommodation near the Belarusian festival of your choice using the field below: